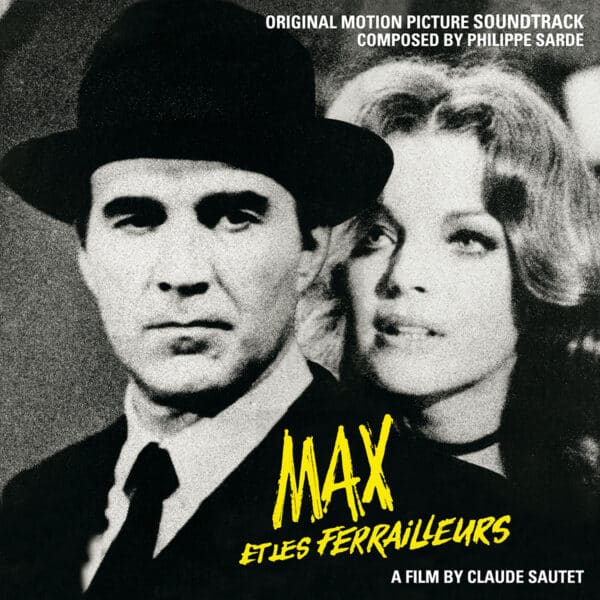 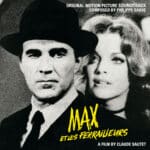 Quartet Records and Gruppo Sugar presents a double-program CD with remastered, slightly expanded reissues of two of the most important collaborations between composer Philippe Sarde (THE TENANT, GHOST STORY, THE BEAR, QUEST FOR FIRE) and director Claude Sautet.

MAX ET LES FERRAILLEURS (1971), starring Michel Piccoli and Romy Schneider (both of whom had appeared the year before in Sautet’s LES CHOSES DE LA VIE), is a classic French polar. It contains one of the most vibrant and exciting scores composed by Philippe Sarde, with a killer main theme and a highly vigorous underscore. Pema in France released a 26-minute LP to coincide with the release of the film; it was reissued on CD twice by CAM, but always with errors. The main theme was mastered at the wrong speed, two stereo cues were presented in mono, and one of the coolest tracks on the LP (“Le bal des ferrailleurs”) was omitted. In this new edition, we have included the album in its correct and complete form, as well as a suite (in mono) with eight minutes recorded by Sarde and unreleased until now.

VINCENT, FRANÇOIS, PAUL ET LES AUTRES (1974) was a bittersweet drama about four friends at mid-life and their existential and disenchantment problems. Philippe Sarde composed one of his most memorable and nostalgic melodies, performed by the bandoneon of Marcel Azzola. Released on LP by Polydor and reissued on CD by CAM almost 30 years ago, it was an album that needed to be revised and remastered. Although the LP included virtually the entire score written by Sarde for the film, we have added the original music composed for the trailer, which features an unusual version of the main theme.

This album has been conceived and sequenced by Edouard Dubois and supervised by the composer, restored and mastered by Chris Malone from first-generation stereo master tapes. The 16-page booklet includes detailed liner notes by Christian Lauliac discussing the relationship between the composer and director, the films and the scores. Quotes from a new interview with Philippe Sarde are included.