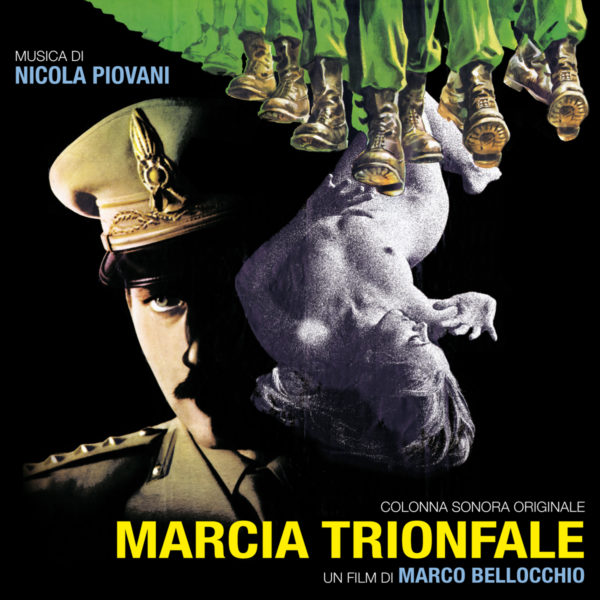 Marcia trionfale takes place in an Italian military barrack, where Paolo Passeri (Michele Placido) is going through hell. His opinion on the military radically changes when he strikes up an unlikely friendship with Captain Asciutto (Franco Nero), an insecure officer who is filled with rage and jealousy about his beautiful wife Rosanna (Miou-Miou). Asciutto tasks Paolo with following the girl, but as can be expected, the simple observational mission turns into something more romantic… and dangerous for both of them.

Nicola Piovani’s score builds on a number of memorable themes for the three lead roles, including the difficult Paolo, the nervous Asciutto and the passionate Rosanna. There’s naturally an important march that begins and closes the album, though the memorable theme is barely utilized in the film itself. Also underused are the two vibrant source cues (very atypical for Piovani): “Pizzapop” is a lively instrumental for the soldier’s favorite restaurant, while “Military Music” was replaced in the final print with an actual Top 10 hit instead of the composer’s over-the-top homage to Italian pop music.

The score was originally released on LP by Beat Records, edited by the composer himself for a better listening experience. This CD recreates the original album program without additional material – the disc already has more music than the film. 12-page liner notes by Gergely Hubai discuss the film, the director, the composer and the score with a track-by-track analysis of the album.