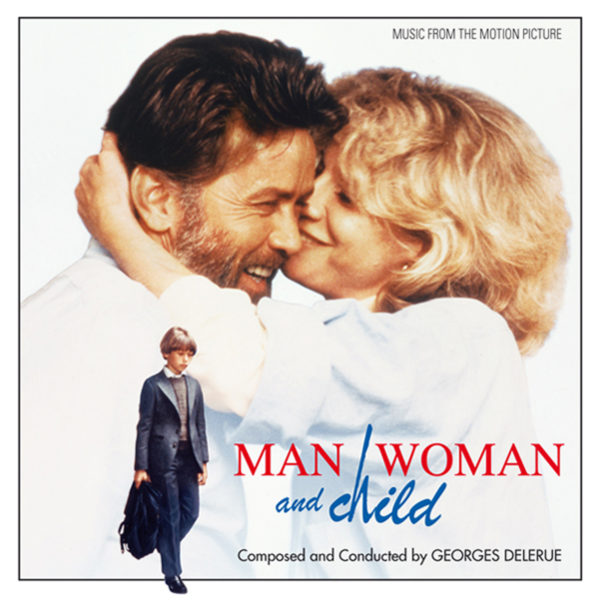 Written by Erich Segal (Love Story) from his own novel, the plot centers on a professor of literature (Martin Sheen) – with a wife and two daughters – who learns he has a son. A few years earlier, while visiting France, he had an accident and then an affair with the doctor who treated him. Now she has died and he finds out about the son he never knew he had. When he tells his wife, she suggests they bring him to the States for the summer. The film explores how the boy’s presence affects their family.

The perfect choice for scoring this sensitive film was Frenchman Georges Delerue, composer of some of the most romantic and bittersweet film scores ever written (The Soft, Skin, Two English Girls, Le Mépris, Our Mother’s House, Rich and Famous). Favorite composer of two iconic French directors (François Truffaut and Philippe de Broca) and collaborator with many important European directors (Ken Russell, Jack Clayton, Jean-Luc Godard, Bernardo Bertolucci), Delerue moved from France to L.A. after winning his only Oscar (for the film “A Little Romance) in 1979. Starting in the eighties, he entered a new period focusing on American films – most of them romantic movies. The music written for Man, Woman and Child is undoubtedly one of the most memorable of these American scores, and an absolute treat for all Delerue fans.

The album contains Delerue’s complete score – including the beautiful song “Never Gone,” performed by Edie Lehmann – and a few alternate cues. The entire album was assembled from original multi-track stereo session masters vaulted at Paramount Pictures. The packaging includes a 12-page full color booklet with informative liner notes by Tim Greiving. Man, Woman and Child contains the essence of Delerue’s gift—beauty, sadness, romance—and remains an essential work from one of the finest composers who ever wrote for the screen.