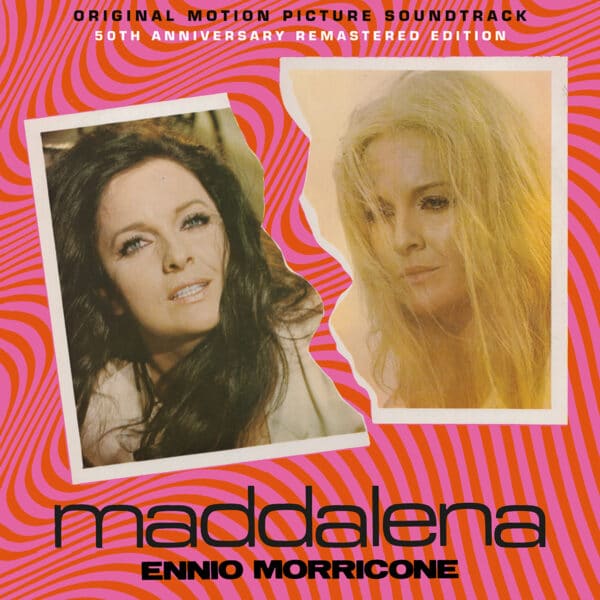 Quartet Records presents a 50th-anniversary remastered edition of the innovative, cult-classic score by Ennio Morricone, a key work which launched one of the composer’s best known themes.

MADDALENA is a relatively obscure entry in the Morricone filmography despite the importance of launching “Chi mai,” one of the composer best-known cues and famous worldwide a decade later when it was re-used in the film LE PROFESSIONEL. While the score itself is more psychedelic with lots of percussion, vocalization and experimentation, the self-contained “Chi mai” turned out to be an overnight success that was eventually turned into a song as well—eventually recorded in multiple languages.

Previously released several times on CD by Saimel in Spain and Rambling Records in Japan, this new edition features the original album program produced by Morricone himself for the General Music LP, followed by bonus tracks and alternate versions, including both film and single versions of “Chi mai” plus vocal versions by Lisa Gastoni. The version recorded by Morricone for the maxi-single “Disco 78” appears at the end of the program.

This anniversary edition, produced by Claudio Fuiano, has been rebuilt and mastered by Chris Malone from recently discovered first-generation album master tapes. The full-color booklet includes in-depth liner notes by Gergely Hubai, discussing in detail the film and score.