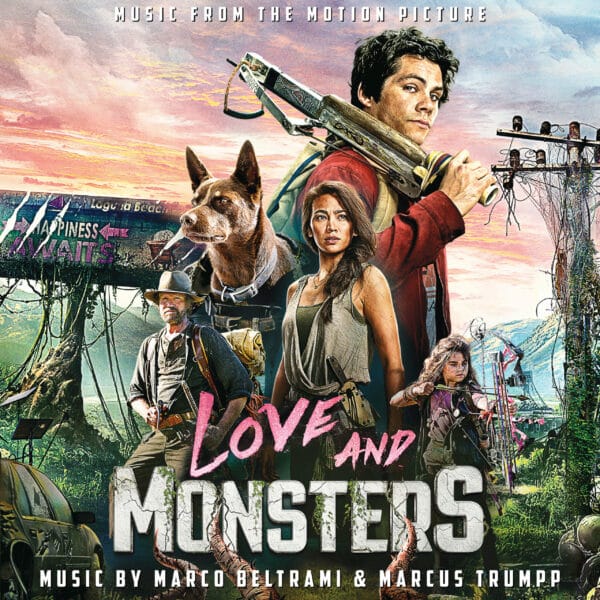 The film is about Joe Dawson (Dylan O’Brien), who, seven years after the Monsterpocalypse, has been living underground (along with the rest of humanity) since giant creatures took control of the land. After reconnecting via radio with his high school girlfriend Aimee (Jessica Henwick), who is now 80 miles away at a coastal colony, Joel begins to fall for her again. As Joel realizes that there’s nothing left for him underground, he decides against all logic to venture out to Aimee, despite all the dangerous monsters that stand in his way. The fun-filled and action-packed adventure also stars Michael Rooker and Ariana Greenblatt.

Composers Marco Beltrami and Marcus Trumpp have crafted a mesmerizing, haunting orchestral score that draws inspiration from those larger-than-life science fiction classics from the ’50s and ’60s. It is an intense, exciting and highly vigorous score with thick orchestral colors—lyrical, dark and rhythmic, including a haunting main theme. This score is brilliantly performed by The Slovak National Symphony Orchestra. The booklet features art design by Dan Goldwasser.