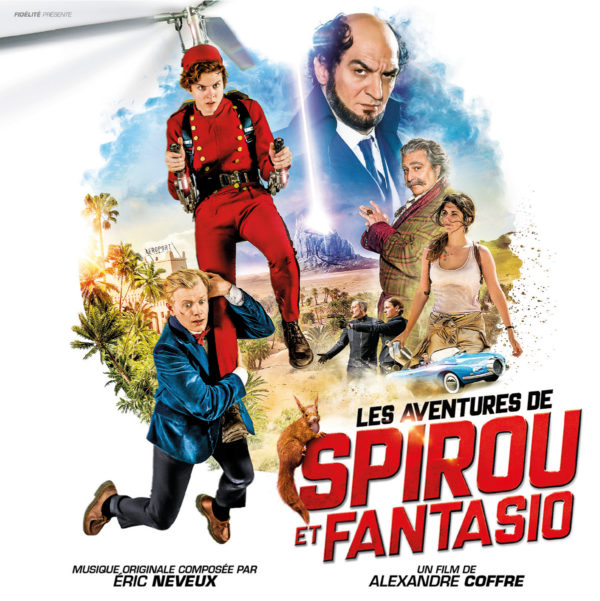 When Spirou, a former elevator operator in a luxurious hotel, meets Fantasio, a reporter desperately seeking a scoop, it starts out as a disaster! The two of them have no chance of becoming friends. But when the eccentric and genius inventor, the Count of Champignac, is kidnapped by the henchmen of the infamous Zorglub, the two heroes start searching for him. Along with Secotine, rival reporter (and secret love) of Fantasio, they start a mad pursuit across Europe and Africa, becoming a strong team that saves Champignac as well as the rest of the world!

Eric Neveux has composed a dynamic score, written in a symphonic jazz style that recalls James Bond and Lalo Schifrin. Recorded in London under the baton of James Shearman, this is one of the most refreshing scores of the year and, without a doubt, one of the composer’s most special. The album also includes songs by The Fratellis and Crystal Fighters.