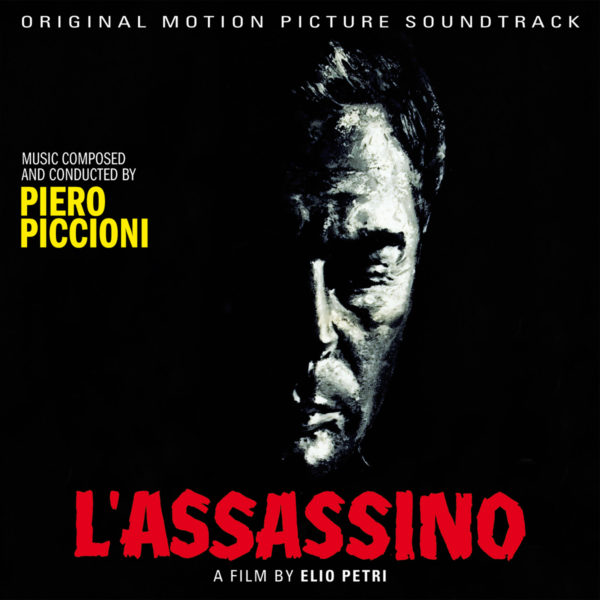 Best-known for winning an Academy Award for his 1970 picture Investigation of a Citizen Above Suspicion, director Elio Petri was one of the most significant Italian auteur directors. His first ever film L’Assassino (aka The Ladykiller) stars Marcello Mastroianni as an antique dealer supporting his lavish lifestyle from conducting shady deals. When his mistress/benefactor is found murdered, Alfredo becomes the likeliest suspect – after all, he was the last one to see her alive, he owed her money and their relationship was coming to a close…

Though most of Petri’s films were memorably scored by Ennio Morricone, his earliest pictures were helmed by Piero Piccioni. L’Assassino features a jazz-infused score by Maestro Piccioni as the composer uses creative techniques to juxtapose source and score music.  By using a tingling sound effect, the score also aids the director in establishing the film’s main narrative gimmick, that is the reliance on flashbacks. While Piccioni later reunited with Petri and Mastroianni on the somewhat better known The 10th Victim, this score is not to be missed either!

The CD features the complete score, including the 5-track EP that Piccioni assembled, but didn’t see released, all mastered by Claudio Fuiano. The package includes liner notes by Gergely Hubai discuss the film and the score.