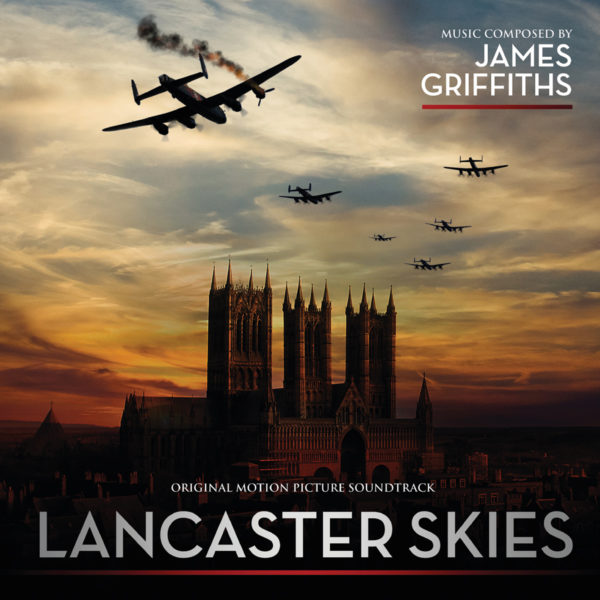 Co-written and directed by Callum Burn, Lancaster Skies tells the story of Flight Lieutenant Douglas Miller, a former solitary Spitfire ace and a veteran of the Battle of Britain. After the tragic death of his younger brother, Miller transfers to Bomber Command. In the days leading up to a perilous mission over Berlin, Miller must overcome his past and become the leader that his troubled crew so desperately need.

The heroic score by James Griffiths (The Drift, Dogged, 68 Kill) builds upon the composer’s past in the military music scene, bringing together a versatile orchestra where every member has a military past. The music pays tribute to the service men and women, friends and families who either have first-hand experience, or have relatives who were part of this hugely important historical period, with the astronomical loss of life in Bomber Command.

The CD features a booklet with liner notes by Gergely Hubai discussing the film and the score based on a new interview with composer James Griffiths.