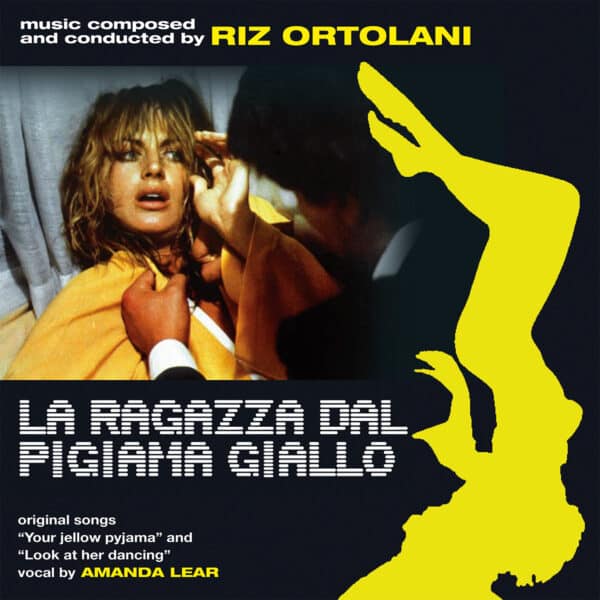 La ragazza dal pigiama giallo (aka The Pyjama Girl Case) is a somewhat forgotten Spanish-Italian giallo directed by Flavio Mogherini, starring Dalila Di Lazzaro, Ray Milland, Mel Ferrer, Antonio Ferrandis and Fernando Fernán-Gómez. The story is based on an actual crime that happened in Australia: a young girl was found killed on the beach with her face completely disfigured, dressed only in yellow pajamas. This unsolved case became an obsession for Mogherini and when he decided to make the picture one of his demands was that filming had to take place entirely in Australia—something unprecedented in the Italian genre. The 2006 DVD edition of the film, released by the well-known American label Blue Underground, has not only brought the film back, but it has also given it a certain cult-movie halo.

Mastered by Claudio Fuiano, the CD contains the original previously released Cinevox LP program plus five bonus tracks. The package includes an 8-page booklet containing mosaic stills from the film, accompanied by an essay from Óscar Salas, who discusses the movie, the composer and the score.