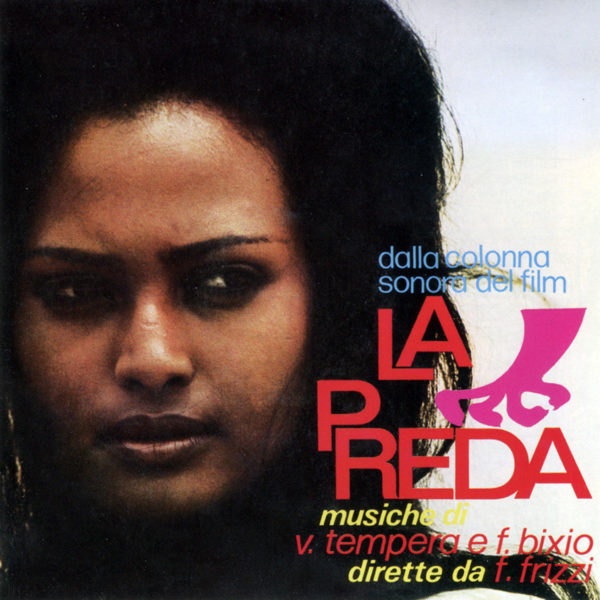 La Preda (aka The Prey) is a somewhat forgotten Italian softcore film directed by Domenico Paolella and starring the striking ebony beauty Zeudi Araya. Shot in Colombia, the story is about one man’s quest to free the native servant he is in love with… and see someone else fell in passionate love with the girl!

Previously released on LP by Cinevox, this disc is a great companion to our previous CD of Amore Libero, composed by Fabio Frizzi. He is now joined by fellow composers Franco Bixio and Vince Tempera, who often worked together as a trio. Their exciting collaboration offers tender romantic melodies and a hint of Latin American culture through various source tracks. This album is mastered and restored by Claudio Fuiano.

The package included 8-page booklet contains mosaic stills from the film, accompanied by an essay from Gergely Hubai, who discusses the movie, the composers and their score. Contains previously unreleased bonus track, a piano demo of the addictive main theme.