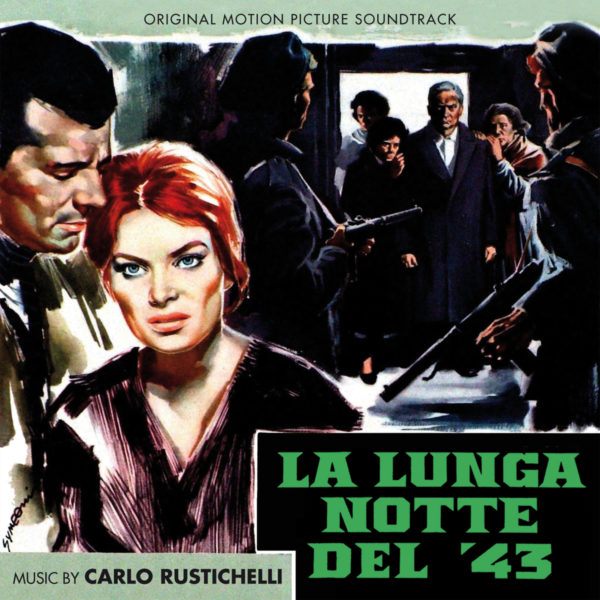 Featuring real events in the backdrop of the love story, La lunga notte del ’43  begins in Ferrara at a time when the war is already lost, but the Fascists still hold on to their power. Pharmacist Pino Barilari (Salerno) has been crippled by a disease and is taken care of by his wife Anna (Lee). The woman sticks by his side faithfully but without love – at least until she meets Mario (Ferzetti), a former suitor/army deserter who wants to rekindle the old flame. When eleven citizens are executed near the castle, the relationships are put to a real test…

The martial opening by Rustichelli (“Rievocazione”) is set against striking stills of Italy’s greatest defats from the war. While the march is reprised at the end (“In Marcia”) for the shot of the victims’ plaque, Rustichelli’s greatest achievement in the score is Pino’s motive, a love theme without love depicting the deteriorating relationship of the embittered pharmacist and his wife. The two halves of the score are nicely brought together in the massacre sequence, as the Fascist’s portentous material is mixed with hints of Pino’s motive as the hapless, wheel-chair bound witnesses the death of eleven victims. (Seq. 9.).

This CD includes the complete score composed by Carlo Rustichelli, mastered by Claudio Fuiano from the original mono tapes courtesy of Gruppo Sugar. The 8-page booklet features liner notes by Gergely Hubai discussing the film and the score.