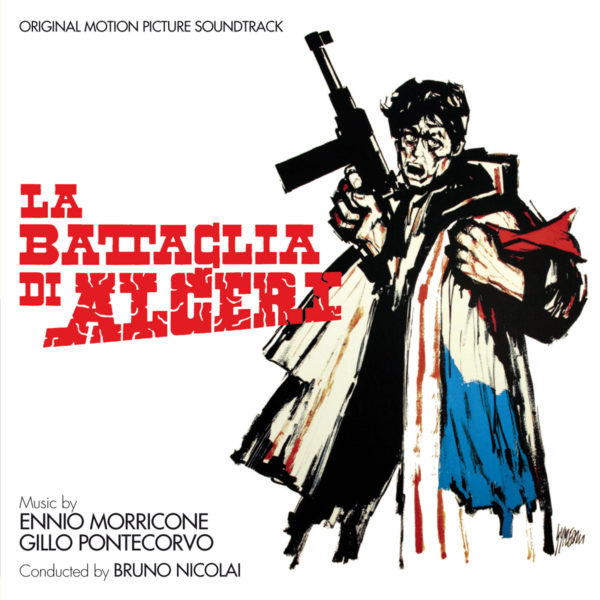 Remastered reissue with long out-of-print and hard-to-find Ennio Morricone classic score for Gillo Pontecorvo masterpiece, composed during one of his most prolific period of work.

Winner of three awards in the Venice Film Festival in 1967, and nominated for another three Academy Awards, La Battaglia di Algeri (aka The Battle of Algiers), chronicles the bloody revolution against the colonial French by native Muslims in the capital city of Algeria, encompassing events between November 1, 1954 and October 7, 1957.

Morricone’s music for La Battaglia di Algeri is, without a doubt, one of his best and powerful scores, including a delicate melody as a “Theme of Ali” based on a twelve-note motif composed by director Pontecorvo, and also a strong and tense dramatic underscore, dominated by the famous “Algiers March”, one of the themes most played by Morricone on his concerts.

Same material have been previously issued on CD by GDM ten years ago, but was sold out quickly and has been out-of-print for years. Now, full remastered by Claudio Fuiano and Daniel Winkler from first generation two-track stereo master tapes (courtesy of Sugar) this essential score by Morricone are reborn. The package includes a 16-page booklet with detailed liner notes by Tim Greiving.