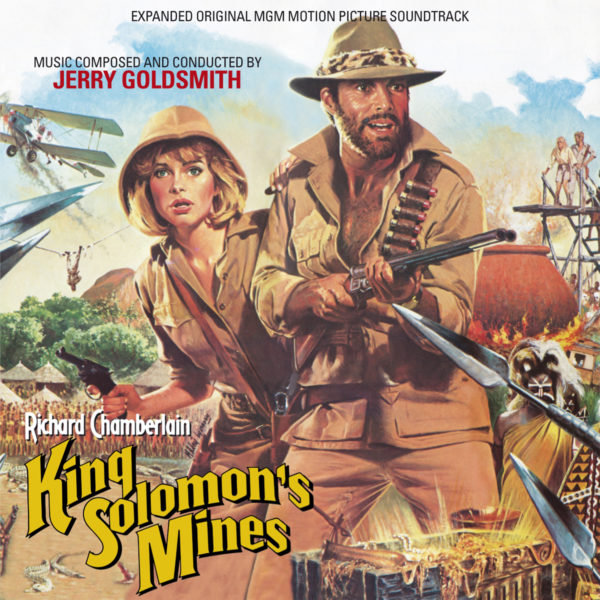 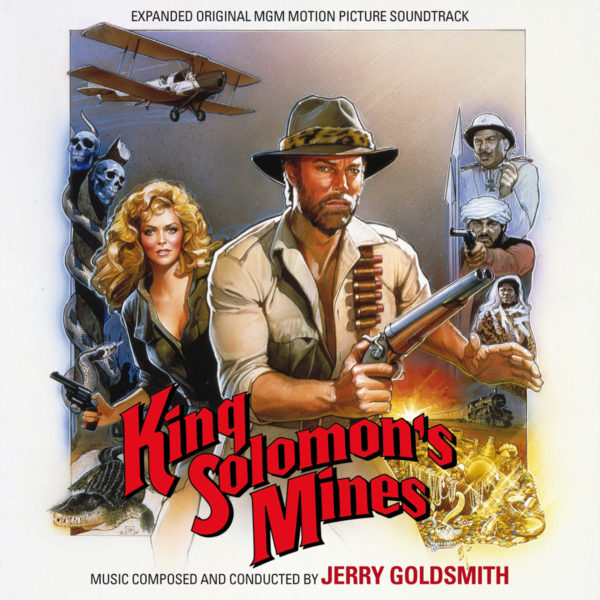 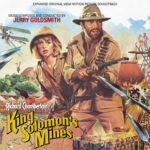 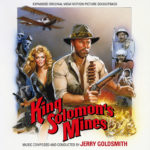 Quartet Records and M.G.M. are proud to present the ultimate edition of Jerry Goldsmith’s exciting score for the adventure-comedy-Indiana Jones semi-parody King Solomon’s Mines, presented on a 2-CD set (for the price of one). Directed by J. Lee Thompson, and starring Richard Chamberlain and Sharon Stone.

The film features fortune hunter Allan Quatermain, who teams up with a resourceful woman to help find her missing father lost in the wilds of 1900s Africa. They are pursued by hostile tribes and a rival German explorer.

For his fourth collaboration with director J. Lee Thompson (after The Reincarnation of Peter Proud, The Chairman and Cabo Blanco) Jerry Goldsmith provides an awesome adventure score, one of his best efforts from the 80s:  full of leitmotivs and action cues, masterfully written and completely orchestral (during the period when the composer was beginning to experiment with synthesizers). Goldsmith conducts the Hungarian State Opera Orchestra of Budapest.

The soundtrack to King Solomon’s Mines has a complicated album history. The original 1985 album, produced by the composer and edited with sound engineer Mike Ross-Trevor at CBS Studios in London, was released in the U.S. on LP by Restless Records. In France, this program was duplicated by Milan. Discos Vinilo in Spain added three short cues, though the track order was disjointed. When Milan released the score on CD in 1987 (paired with Alan Silvestri’s Delta Force), one track, “The Ritual,” was dropped. In 1991, Intrada offered a new expanded program, properly sequenced but still incomplete. This was reissued by the label in 1997. The title was revisited yet again in 2006 by Prometheus, presenting an even more complete version of the film score and improving the sound, correcting the speed with a new transfer. This superb release went out-of-print several years ago, and is a highly prized CD in the second-hand market. However, in previous CD releases, some tracks were joined with a crossfade at the end of the score program, whereas in the film they are separate tracks from different sequences. Also, some bonus tracks from the Prometheus CD were actually part of the score (“Pre-Ritual” is the beginning of “The Ritual,” although recorded in a separate take). For this new edition, we have made a fresh transfer of the original tapes, presenting the entire score in film order on disc one as Goldsmith conceived. For disc two, the composer’s original 10-track album program – which features slightly different edits and mixes on some cues – has been reproduced on CD in its entirety for the first time.

DISC ONE:  THE FILM SCORE