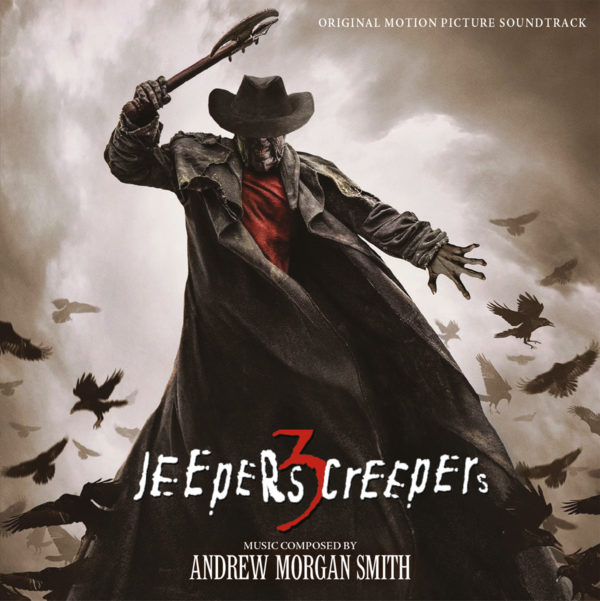 ScreamWorks Records and Quartet Records resurrect the notorious monster of the Jeepers Creepers franchise with a release of the third episode’s soundtrack. Written and directed by Victor Salva, Jeepers Creepers 3 is finally unleashed fourteen years after the last adventure of the notorious flesh-consuming monster. The story of the third episode is actually set between the first and second film as Sergeant Davis Tubbs (Davis Tubbs) assembles a task force to destroy the Creeper once and for all the while growing closer than ever before to learning the secrets of its dark origins, as the monster terrorizes a local farming community. After so many years of slumber, The Creeper is back and his music lives up to the greatness of the first two scores.

The previous movies were scored by Bennett Salvay, but the torch has now been passed onto composer Andrew Morgan Smith who shares the following thoughts about the score: “Bennett Salvay’s work was an intrinsic part of the series’ success. For this third film, our challenge was to haunt the same space as Bennett, while carving out a fresh experience that would thrill old and new fans alike. We needed to infuse the old with the new. Not unlike our now-infamous villain, the Creeper. An ancient creature who emerges every twenty-three years to hunt, replacing its old organs with new ones, harvested from humans. I started with the old: an orchestral sound inspired by Jerry Goldsmith and the other greats. And then, I infused it with the new: interesting sound design elements, and a very intense, kinetic pulse. The final result is a sound that promises to thrill you, kill you or both.”

Composer Andrew Morgan Smith studied composition and music media at the University of Louisiana at Lafayette. As a media composer, he started his career writing for SyFy movies and has now branched out into Indie film and other TV content. His credits include such hit films for the channel as A Sort of Homecoming, Zombie Shark, and A Deadly Affair.