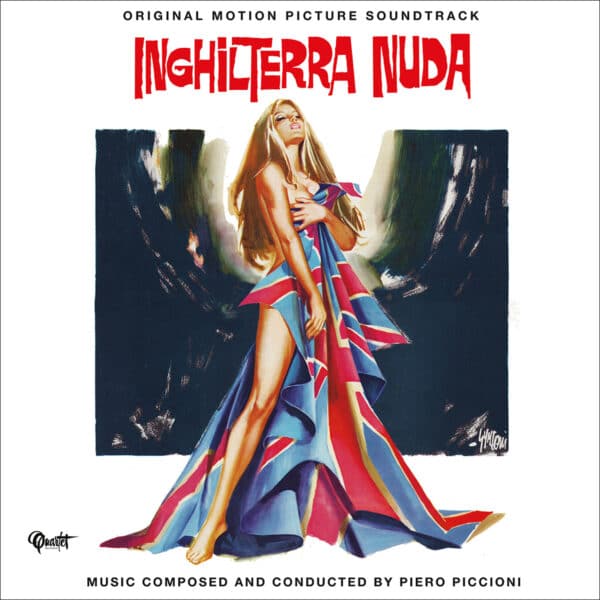 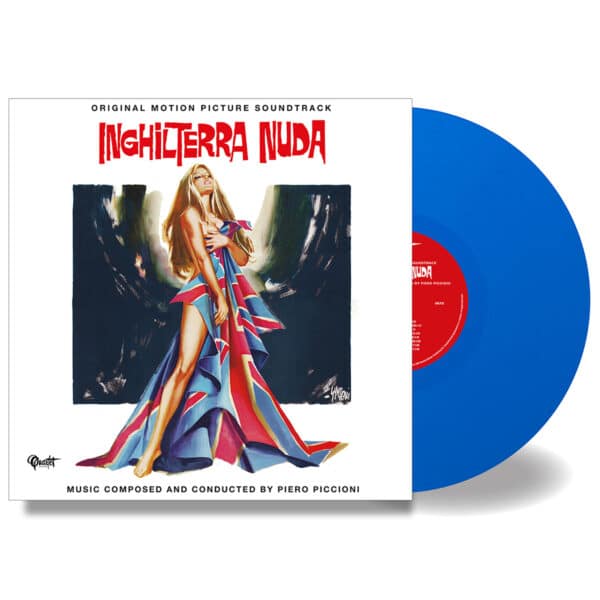 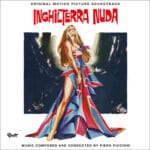 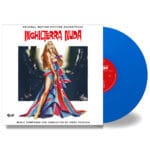 Directed by Vittorio De Sisti, INGHILTERRA NUDA was inspired by the same concept as mondo movies, but applied to British culture. It poses the question, “Are these Brits really as reserved as we think they are?” The answer is not straightforward, but it will certainly take a lot of nudity to get there. The Italian version was narrated by Giuseppe Rinaldi, while Edmund Purdom provided the English dub.

The score features the mixture of cool tunes that one would expect from a mondo – especially from Piero Piccioni, who scored relatively few titles in this genre. In fact, a lot of the original music he wrote for the film wasn’t included in the film; a former sound editor, Vittorio De Sisti, used several previous Piccioni cues for other movies to create the score heard in the film, so even key cues such as the main title are actually only available on the soundtrack album.

This limited LP edition, pressed on audiophile 180 GM transparent blue vinyl, features only the music recorded specifically for the film in beautiful, pristine stereo. It has been specially restored and mastered for vinyl by Chris Malone.