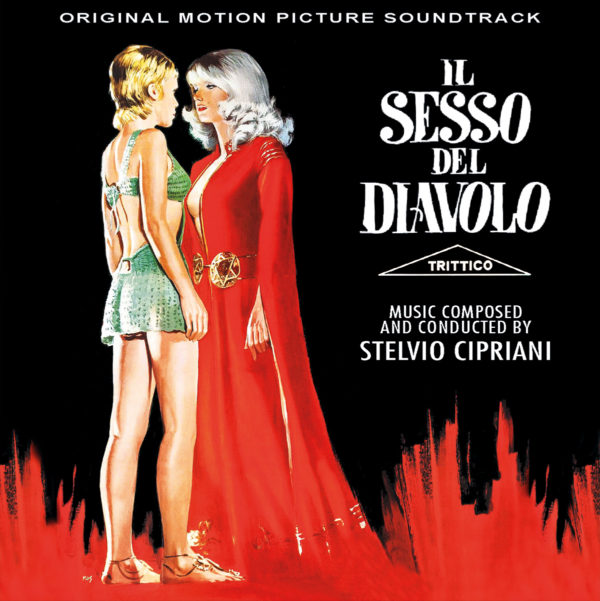 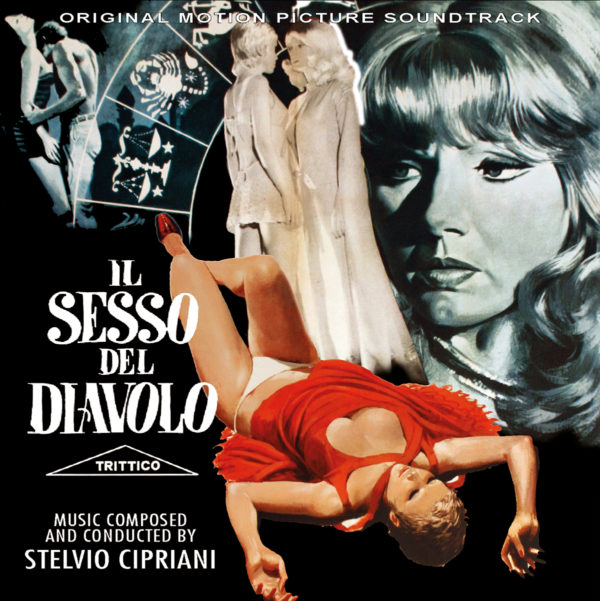 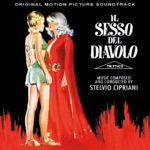 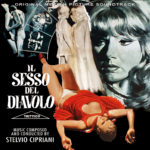 Oscar Brazzi’s Il sesso del diavolo (aka Trittico) is a 1971 film, about disgraced surgeon Andrea questions his competency following a botched operation – his much younger wife Barbara and his medical assistant Sylvia tag along for a trip to Istanbul. When the sordid back story of their rented villa is revealed to them, our main characters get involved in weird hallucinations.

The music composed and conducted by Stelvio Cipriani (Dedicato a una stella, Uccidere in Silenzio, Timanfaya) is built around a main theme fashioned after the classic psychedelic hit song, “In-A-Gadda-Da-Vida” by Iron Butterfly. This cornerstone of the 1960s reflects on the main characters’ use of drugs in the plotline, but actually there’s a lot more organ-based hallucinatory fun to be had.

This is the premiere release of a previously unreleased score, mastered by Claudio Fuiano from the stereo master tapes vaulted in mint conditions at Gruppo Sugar. The 8-page liner notes by Gergely Hubai discuss the film, the composer and the score.