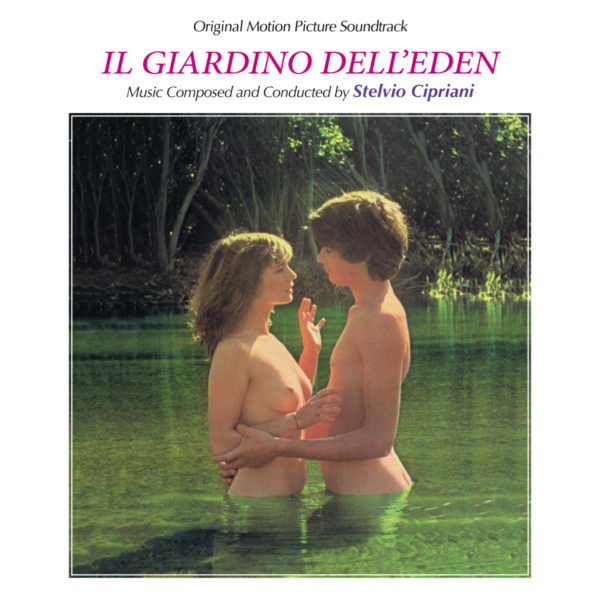 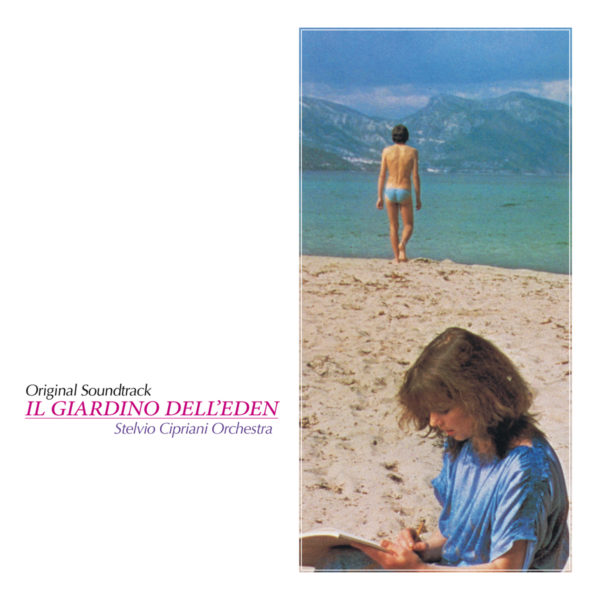 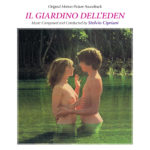 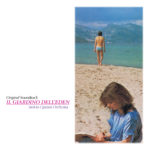 Premiere CD release of lush score by Stelivio Cipriani, written under the influence of the composer’s seminal romantic works such as Anonimo veneziano, Due cuori una cappella and Dedicato a una stella.

Il Giardino dell’Eden (also known as Eden no sono) was a obscure Japanese-Italian co-production directed by Yasuzo Masumura, who used to study in Rome. The story is set in Italy, where teenaged thief Michael fells for a well-to-do girl, Alessandra. By taking a ride on the boy’s stolen motorcycle, the couple gets implausibly stranded on a beach, where they engage in a Blue Lagoon-like sexual awakening.

Composer Stelvio Cipriani provides an upbeat teen romance score with the participation of harmonica soloist Franco De Gemini. The CD contains the original LP program of the soundtrack that was released only in Japan by Cinedisc, plus our edition also contains twelve new cuts to round out the package. Fans of Cipriani’s work may be interested to find an infectious motive that previously headlined the music of Concorde Affaire’79.

After an intense search for the original masters tapes, which have been irretrievably lost, we resorted to the only possible source preserved in the world: the back-up tapes owned by Maestro Stelvio Cipriani. Carefully restored and mastered by Claudio Fuiano, this release is presented in full stereo, with the anomaly of an small digital disturbance in the tracks 10 and 21 (the same disturbances that were also in the Japanese vinyl, so we deduce that is a failure recording itself).

The CD score runs over 43 minutes, containing all the music recorded for this curious production. The 12-page booklet is richly illustrated with film stills and contains liner notes by Gergely Hubai, discussing the director, the movie, the composer as well as the score.