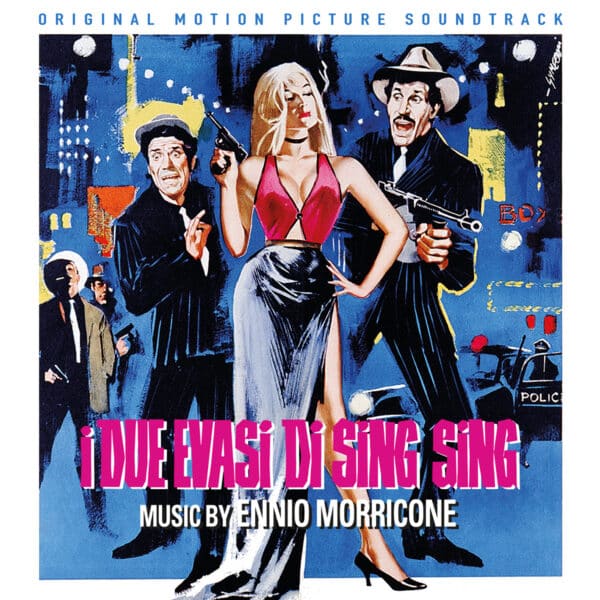 I due evasi di Sing Sing

A gangster noir parody, the film finds the famous comedy duo of Franco and Ciccio at the mercy of mobsters, coming up with insane schemes to survive a fixed boxing match and, as the title suggests, escape from Sing Sing.

Composed in 1964, the same year of A FISTFUL OF DOLLARS, Morricone’s fun jazz noir parody score was previously released on a hard-to-find library LP with generic titles and no connection to the film. This CD contains virtually all the original music written by Morricone for the film (the only missing material consists of cues adapted from national anthems and military marches), including a prison ballad sung by Maurizio Graff.

Produced by Claudio Fuiano and Dániel Winkler and mastered by Chris Malone, the CD includes an 8-page booklet with notes by Gergely Hubai that discuss the score and provide a breakdown of how the music was utilized in the film.