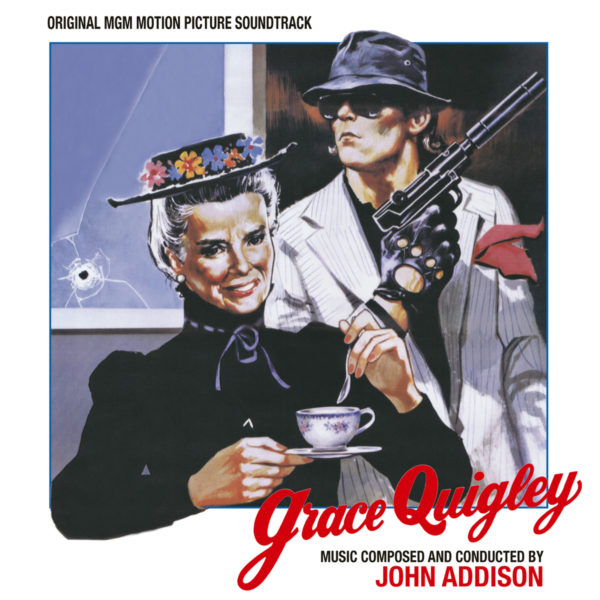 “Grace Quigley” paired Katharine Hepburn with Nick Nolte in a dark comedy about an elderly lady who arranges contract killings for her friends. Addison’s music builds upon several memorable melodies, including a nostalgic waltz for Hepburn’s spinster, a more contemporary theme for Nolte’s conflicted killer and additional motives for the ideas of crime and family. Cheeky quotes of the medieval hymn “Dies Irae” abound in the more macabre cues.

We have transferred this forgotten masterpiece from the original stereo tapes in the M-G-M vaults. Over 15 minutes of music was left out of the film due to editorial changes, so many highlights (including the key action cue “Funeral Chase”) make their debut here. The main program is followed by interesting alternates and source cues; we have made sure you get to hear everything Addison wrote for “Grace Quigley!”

This release includes a 12-page booklet with film stills and liner notes by Gergely Hubai.