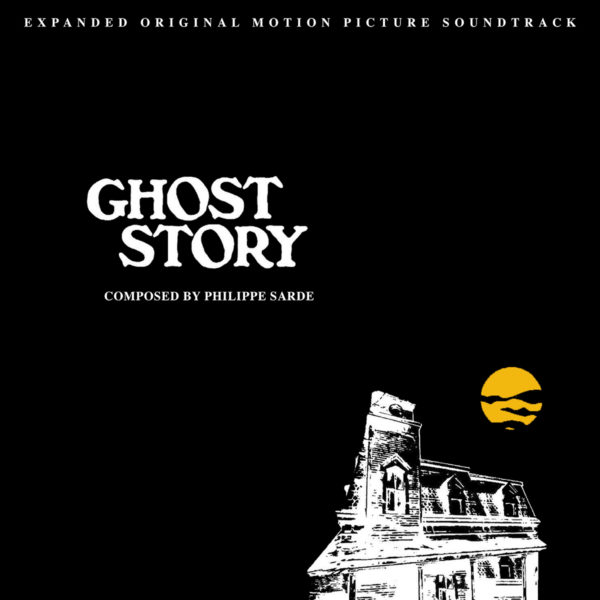 Quartet Records, Universal Pictures, Universal Music Group and Geffen Records present the long-requested expanded release of the masterful score by Philippe Sarde (THE TENANT, TESS, QUEST FOR FIRE, LES CHOSES DE LA VIE) for GHOST STORY, directed by John Irvin in 1981. Based on the 1979 novel by Peter Straub, the film stars Fred Astaire, Melvyn Douglas, Douglas Fairbanks Jr., John Houseman, Craig Wasson and Alice Krige. It follows a group of elderly businessmen in New England who gather to recount their involvement in a woman’s death decades prior when one of them suspects her ghost has been haunting him.

One of the most outstanding features of GHOST STORY is the classic, evocative score by Philippe Sarde, without a doubt one of his most important works and one of the best soundtracks of the eighties. Using a melancholy, haunting main theme, a beautiful and obsessive love theme, and a gothic orchestration with some touches of Bartók and Stravinsky, Sarde was able to build a solid and coherent “symphony of horror.” The music was recorded with a large orchestra at Universal Studios Recording Stage, under the baton of Peter Knight, who also provided the orchestration.

This CD has been carefully produced, remixed and mastered by Mike Matessino from the original multi-track elements, courtesy of Universal Pictures. This new edition follows the composer’s original album concept as a “symphony of horror,” expanding the program with almost 20 minutes of unreleased music, including some key passages not included in the original MCA album. The package comes with a 24-page full-color booklet including detailed liner notes by film music writer Jeff Bond.