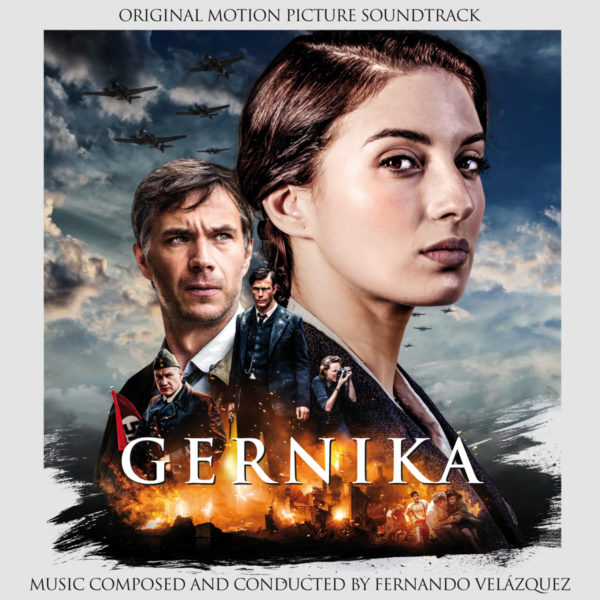 Gernika takes place in the Basque Country of Northern Spain during the country’s turbulent internal struggle in the lead up to World War II. Focused around a love story between journalists caught in times of war, social turmoil and competing politics, Gernika narrates the infamous bombing of the city, which would later inspire Picasso’s eponymous painting. Henry (James D’Arcy), a jaded American journalist who lives off the glory he achieved as a wunderkind journalist during WWI, is covering the northern front of the Spanish Civil War when he meets Teresa (Maria Valverde). An editor of the Republican press fighting for democracy against the advance of Franco and his fascist forces, Teresa finds herself courted by her boss, Vasyl (Jack Davenport), a Russian adviser to the Republican government, yet attracted to the dormant idealism of Henry. The film is centrally set in the press office, revolving around the daily hustle and bustle of international journalists, all trying their best to record the true nature of events transpiring in the world around them.

Composer Fernando Velázquez conducts the Budapest Orchestra and Chorus in an impressive full epic symphonic score, 75 minutes of pure film music composed as in the good old days—romantic, melodic, with a radiant love theme, exciting action music, and a 25-miunute tour-de-force piece for orchestra and choir which accompanies without stop the bombing massacre of Gernika.