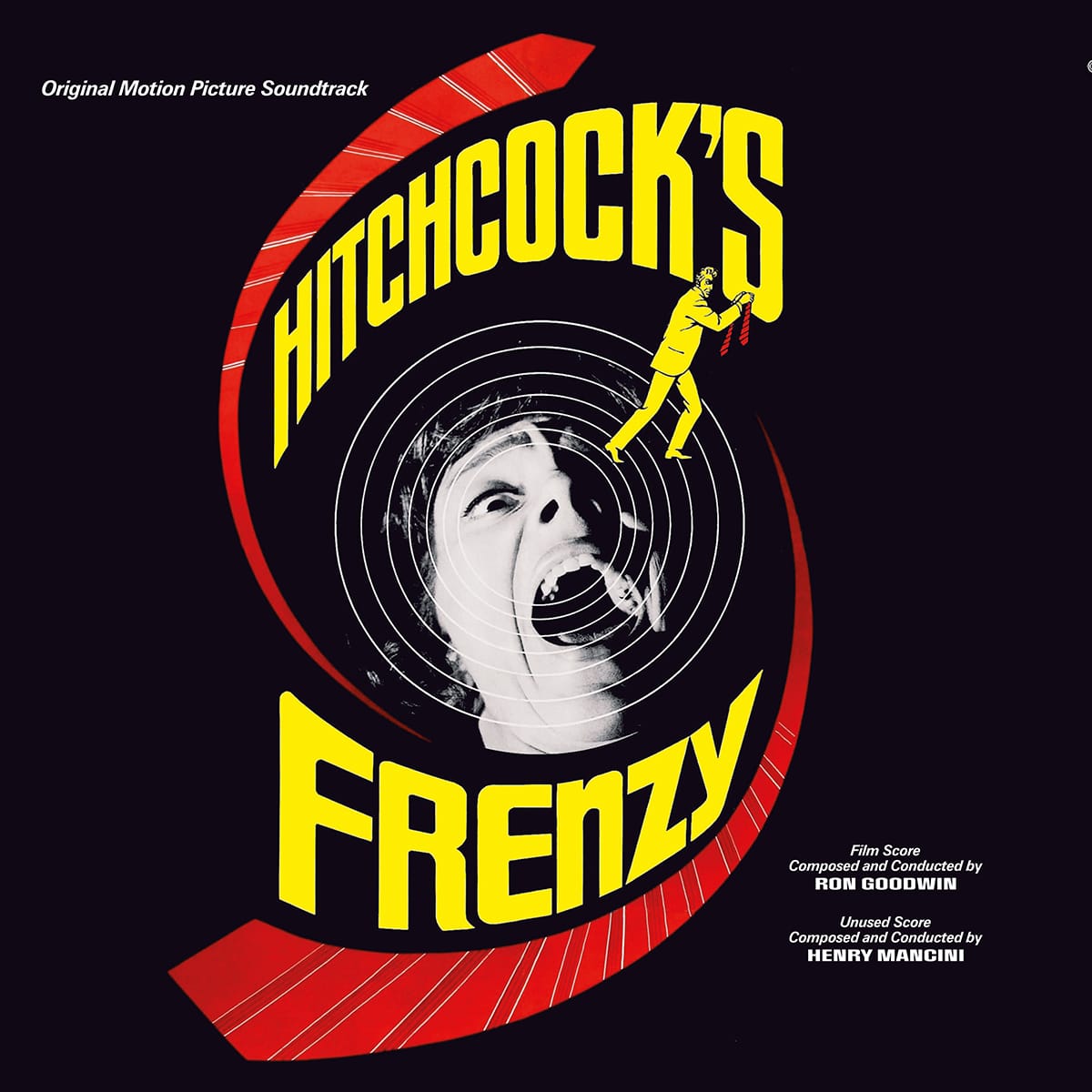 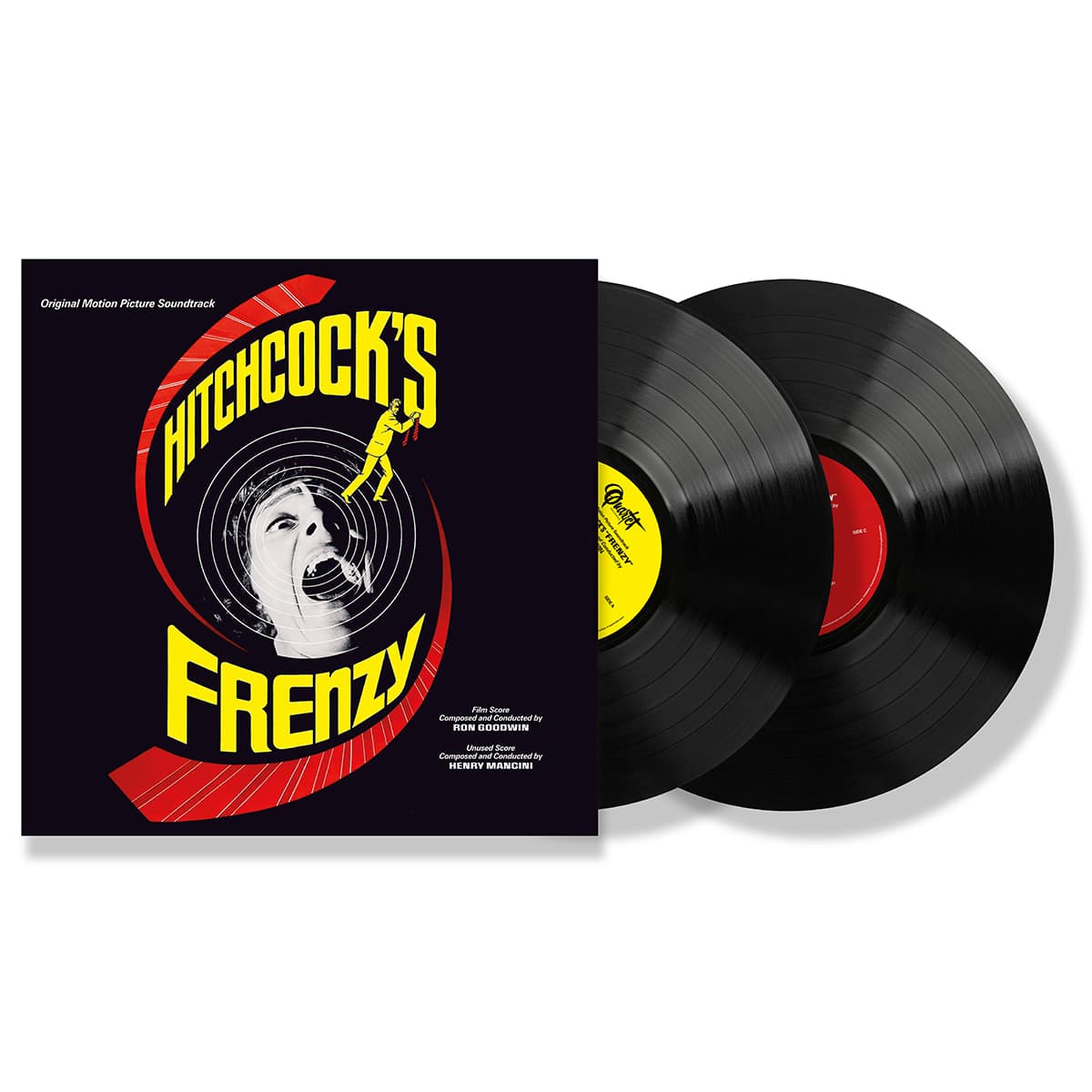 FRENZY marked the director’s triumphant return to London in 1972. With an excellent script by Anthony Shaffer, the film was immediately considered one of Hitchcok’s best and has since become a classic.

After the parting of ways with Bernard Herrmann, Hitchcock changed composers in each of his last four films, choosing from those who were popular at the time. For FRENZY, his first choice was Henry Mancini (BREAKFAST AT TIFFANY’S, THE PINK PANTHER, HATARI!, CHARADE), who wrote a sumptuous, gothic-hued score featuring an unusual orchestral palette. The main theme uses the dolorous tones and sepulchral pedals of a mighty organ, and the tension-filled score that follows is grim and at times almost brutal. Hitchcock, feeling it was too “dark and cruel,” turned it down and hired celebrated British composer Ron Goodwin (MURDER, SHE SAID, BATTLE OF BRITAIN, WHERE EAGLES DARE, SQUADRON 633) to compose a lighter, yet still suspenseful, score. For the main title, a panoramic shot over the Thames, Goodwin wrote a majestic melody ornamented with trumpets and timpani, in the best English tradition of pomp and circumstance.

FRENZY was the only completely rejected score in Henry Mancini’s long career, and also one of the most famous and requested Goodwin scores over the ensuing decades. Neither of them, however, have previously been officially released in any form until today.

This 2-LP collection has been painstakingly produced, restored and mastered by Mike Matessino from stereo and mono elements vaulted at Universal Pictures, with the collaboration of both the Ron Goodwin and Henry Mancini estates.