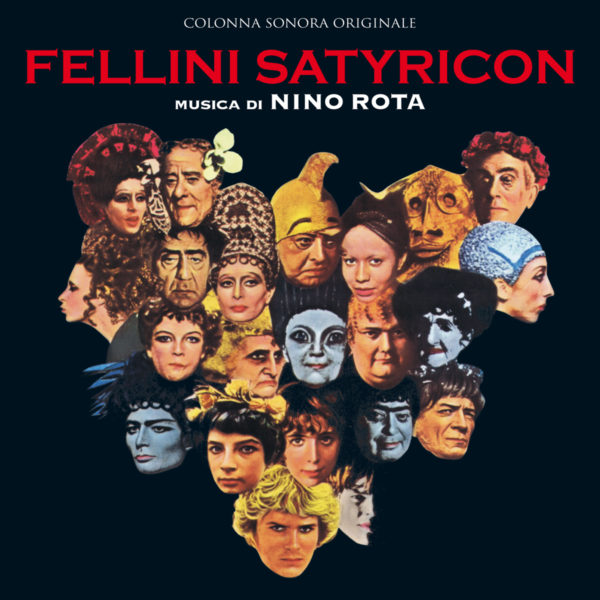 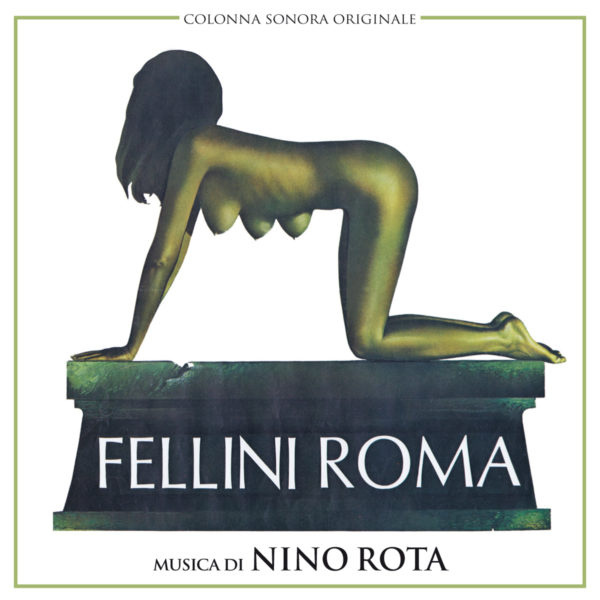 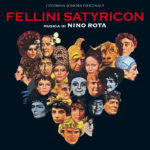 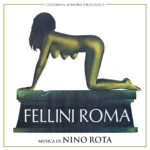 Satyricon (1969) was one of the few adaptations helmed by Fellini during his career, based on the fragmented novel of the same title by Petronius. Described as one of “the most profoundly homosexual movie in all history”, the story tells the picaresque journey of a former gladiator, who is in search of his boy lover. Nino Rota composed one of his most unusual scores for the film, evoking barbaric rhythms and ancient-sounding instruments to underscore the colorful visual cacophony of the film.

Although the score had been released previously on CD (included in a compilation of “Fellini-Rota” in 2003, now out-of-print), those issue were produced from LPs sources, whereas this CD has been mastered from the first generation stereo master tapes, recently discovered in the vaults of EMI Italy.

Roma (1972) is a more personal project from Fellini, who creates a lively portrayal of the city through several memorable if barely related vignettes. By showing different aspects of the Italian capitol from different eras, Fellini creates an enjoyable mosaic which discusses his first trip to Rome as a child, his discovery of the city at the age of 18 and meta-trip during which he is making a film about Rome. Nino Rota’s underscore is a mostly monothematic offering (“Aria di Roma”) apart from some of the more colorful musical sequences (such as the 4-part “Ecclesiastical Fashion Show”).

Our program of Roma contains the complete score used in the film, hence they are in mono quality. When the film was released in US, United Artists Records issued a soundtrack which contained five Rota tracks in addition to suites of source music, such as a selection from the Barafonda Theater’s program or various compositions from the piazza episode. These suites contained the occasional ambience to better reflect on the film’s aural experience, but this program essentially resulted in a souvenir record rather than an actual score release. Although the five Rota tracks were re-recording in stereo, these tracks were not available for inclusion on this CD. Still, you get to hear all the complete Rota score recorded for the film in the best currently possible sound quality restored and mastered by Claudio Fuiano.

The CD is lavishly illustrated with 24-page full color booklet contains an essay by Gergely Hubai, which gives a brief overview of the Fellini/Rota collaborationship in addition to detailed essays on both films and scores.