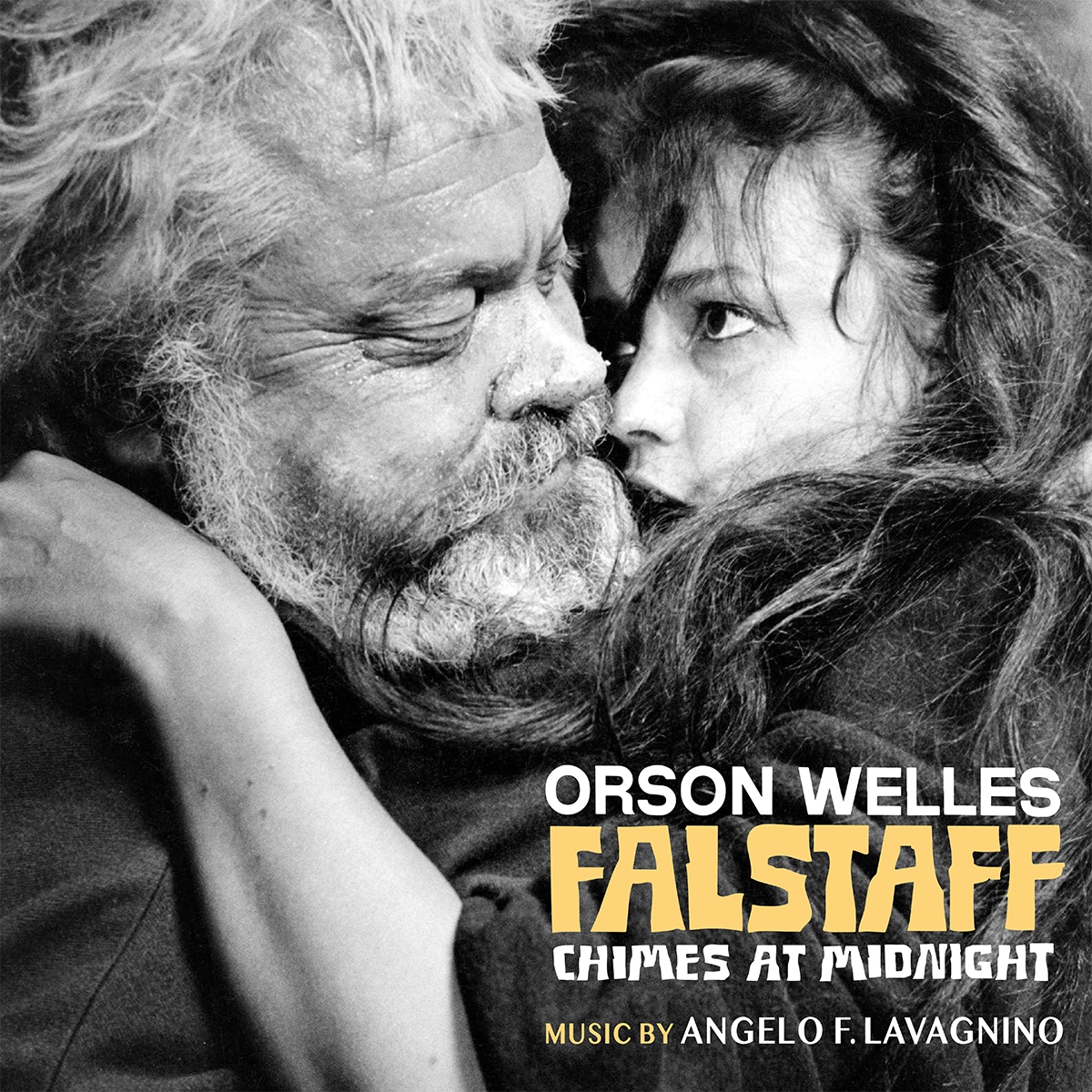 Quartet Records and Gruppo Sugar are proud to present an expanded, fully restored and remastered 2-CD edition of the masterful score for Orson Welles’ classic FALSTAFF (aka CHIMES AT MIDNIGHT) by Angelo Francesco Lavagnino (KALI-YUG, OTHELLO, THE NAKED MAJA, L’ULTIMO PARADISO). The film starred Welles himself as the eponymous knight, along with Jeanne Moureau, Margaret Rutherford, John Gielgud, Fernando Rey and Alan Webb. Welles cobbled together his script from several of William Shakespeare’s historical plays.

Lavagnino peppered his score with authentic medieval melodies, often presented in simple, unison settings. For the court scenes, he employed Renaissance-like brass chorales and trumpet fanfares. His exciting music for the Battle of Shrewsbury uses more modern techniques, employing a keening women’s chorus, a great deal of percussion and a higher level of dissonance. A contrasting highlight is the tender, mournful lament for the dying King Henry IV.

The CAM label issued a 42-minute LP of the soundtrack in 1966 and reissued it on CD in the nineties. For this premiere complete edition, we have included the entire 70-minute score – including several cues not heard (or barely audible) in the film – as well as the original album prepared by the composer. Claudio Fuiano has produced this 2-CD set, carefully restored and mastered by Chris Malone from first-generation master tapes courtesy of Gruppo Sugar. Mr. Malone has also reconstructed the original album from the original session tapes. The package comes with a 16-page booklet including an essay by Frank K. DeWald about the film and score.