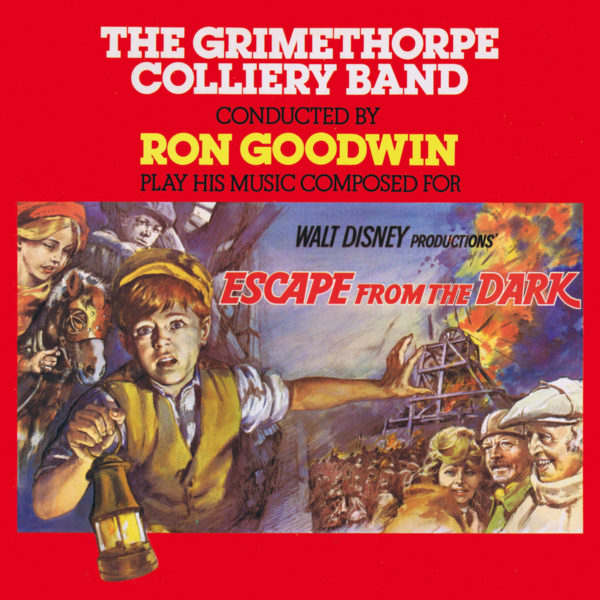 Escape From the Dark

Quartet Records, in collaboration with Capitol Records, presents the premiere CD release of the innovative Ron Goodwin score for the Disney production Escape From the Dark (aka The Littlest Horse Thieves).

Directed by Charles Jarrott (Anne of the Thousand Days, Mary Queen of Scots, The Dove, and later the Disney films The Last Flight of Noah’s Ark and Condorman), and starring Alastair “Scrooge” Sim and Peter Barkworth, Escape From the Dark is not one of the most-remembered Disney films, but is still a good movie, with a very realistic look, thanks to its carefully chosen Yorkshire locations. The plot begins when, after the owner of a Yorkshire coal-mine decides to mechanize in order to increase profits, the mine’s pit ponies are scheduled to be destroyed. Three children plan to steal them to keep them safe. But when they’re caught, it’s up to the mine owners and the miners themselves to decide what’s right.

The music was composed by the gifted British composer Ron Goodwin (633 Squadron, Battle of Britain, the Miss Marple films), who, two years earlier, had scored Disney’s One of Our Dinosaurs Is Missing. After Escape From the Dark, Goodwin did more work for the studio, including memorable scores for The Spaceman and King Arthur and Candleshoe.

Escape From the Dark is unique in Goodwin’s output (and perhaps in all film music) because it is written entirely for brass band – no strings or woodwinds, and rather limited percussion. The music was performed by one of the most distinguished brass bands in South Yorkshire: The Grimethorpe Colliery Band, under Goodwin’s baton.

The album of Escape From the Dark was released on LP, concurrently with the film, by EMI in the UK, and was one of the very few scores for a live-action Disney movie ever released. The album included the original recording made at Anvil Studio (not a re-recording, as was usual in those days), and, curiously, included not only the complete score, but some cues that were not used in the final cut of the movie. Our CD is mastered from the original 2-track stereo tapes stored in the EMI vaults at Abbey Road, and the package includes an 8-page booklet with liner notes by Frank K. DeWald.