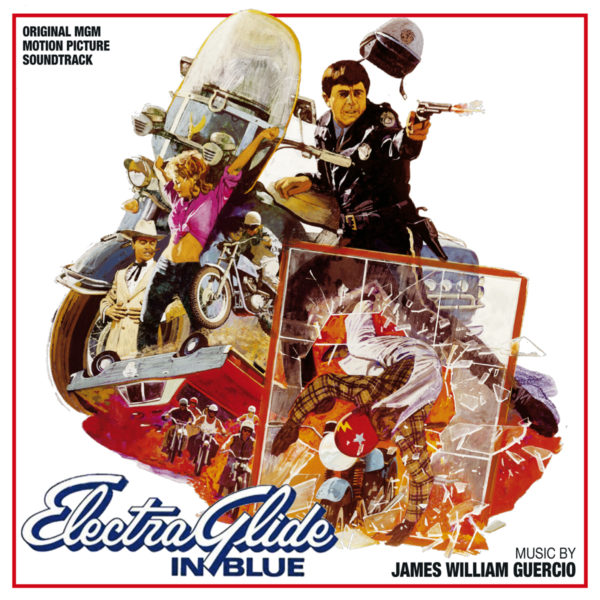 Cult classic of American cinema in the 70’s, which is also the only film as director of famous music producer James William Guercio. In this shocking and unusual film about “men in blue on their Harley-Davidson in an American lonely road ”, Guercio himself was the responsible of composing and coordinating the score. Electrifying jazz-fussion parts, soul and funky in the best Lalo Schifrin style, and beautiful symphonic pieces for full orchestra.

This CD includes the same program of the 1973 original stereo album (the only source available in the MGM vault) in its first official release on Compact-Disc, respecting the same program, and including two original songs performed by The Marcels and Madura.