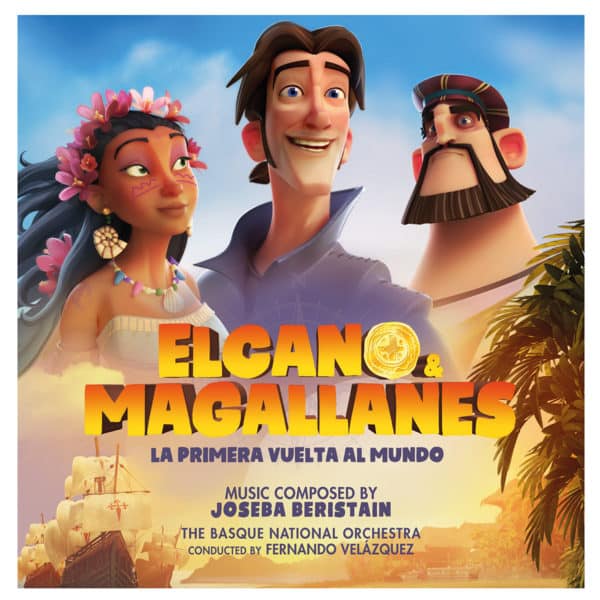 Quartet Records presents the limited CD edition of the exciting symphonic score by young composer Joseba Beristain for the ambitious animation film directed by Ángel Alonso and produced by Dibulitoon Studios. Elcano & Magallanes: La Primera Vuelta al Mundo is a film inspired by one of the most exciting adventures in history: the trip that began in 1519 in Seville and ended three years later in the same place, thus completing an adventure around a planet whose roundness was demonstrated for the first time. In 1519, five ships departed from Seville with 240 men on board. Only one managed to return—with 18 sailors at the brink of death. The protagonists of that expedition, financed by the Kingdom of Castile, were the Portuguese Fernando de Magallanes, commander of the expedition, and the Basque Juan Sebastián Elcano, the man who managed to complete the mission.