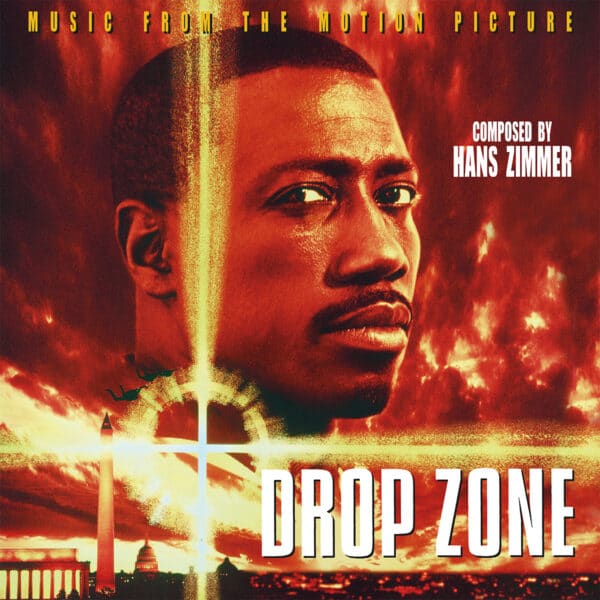 Wesley Snipes plays U.S. marshal Pete Nessip, who loses his brother/partner (Malcolm-Jamal Warner) when a crew of skydiving cyber terrorists led by Ty Moncrief (Gary Busey) hijacks their plane. Nessip goes undercover in Moncrief’s gang, learns to skydive, and after an escalating series of high-flying stunts, he thwarts their effort to hack the DEA and saves the day.

Zimmer’s music for DROP ZONE continues in the same vein the composer explored in his two previous films with Badham, BIRD ON A WIRE and POINT OF NO RETURN. It’s frantically dynamic, immersing the story in a labyrinth of chaos and tension, a balls-out action score full of blood-pumping rhythmic motors, guitar riffs, and orchestral tour-de-force.

This album includes virtually all the music composed by Hans Zimmer for the film, as well as additional music written by Nick Glennie-Smith and John Van Togeren. Produced by Dan Goldwasser, mastered by Doug Schwartz and supervised by the composer, the package contains in-depth liner notes by film music writer Tim Greiving, including exclusive interviews with Mr. Zimmer and Mr. Glennie-Smith.