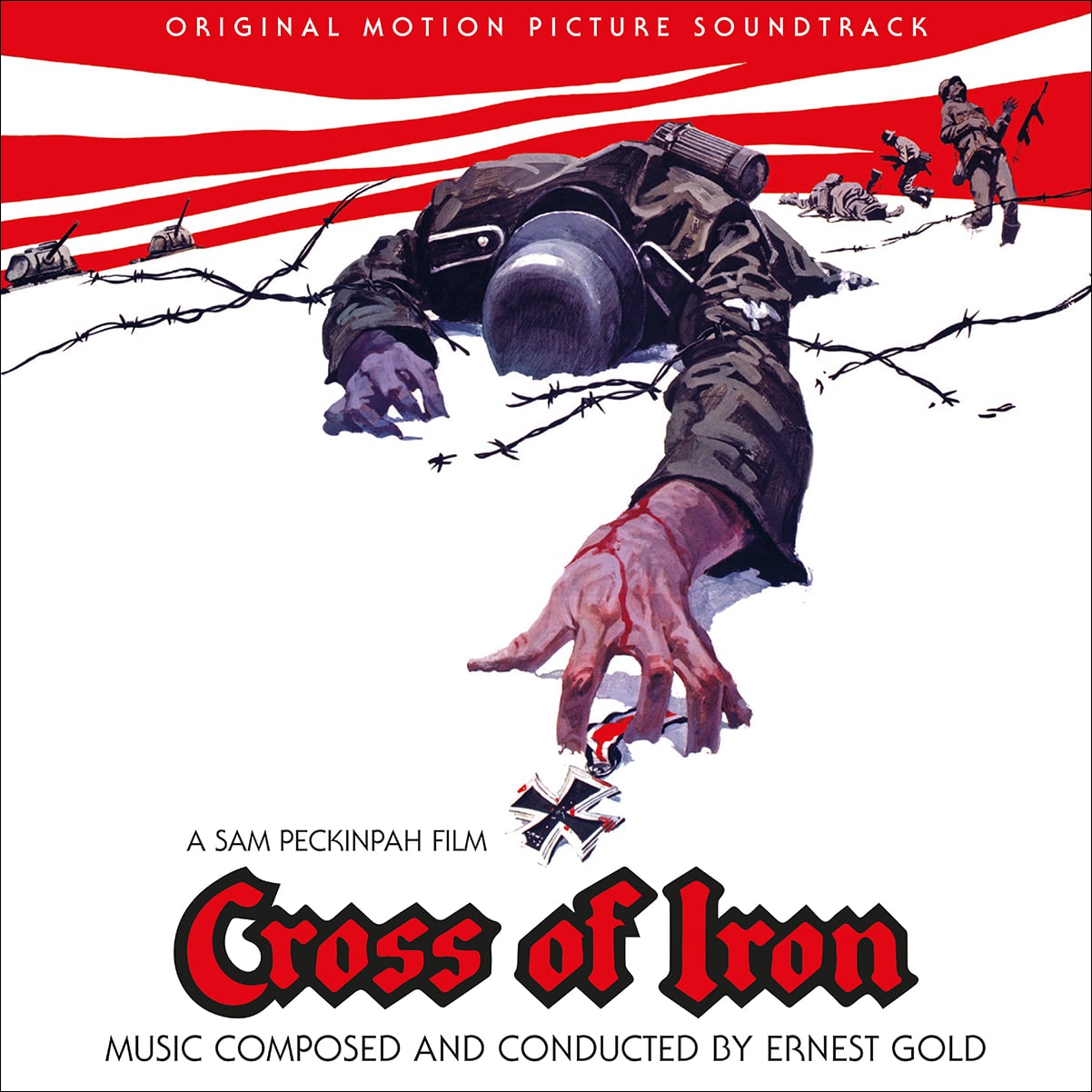 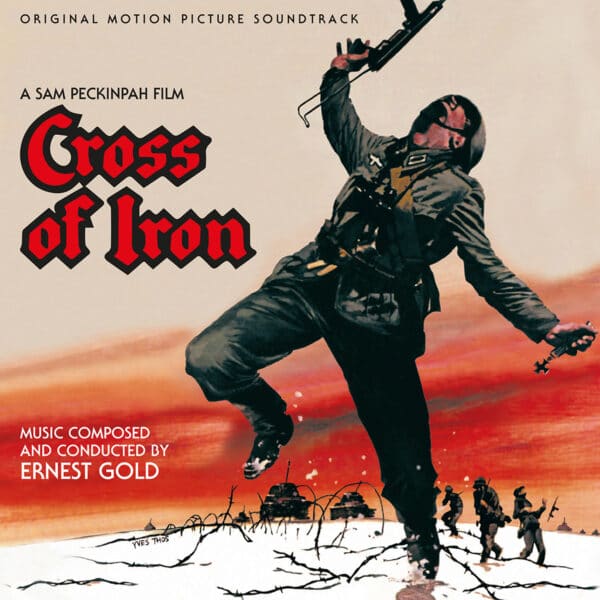 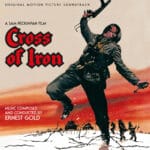 Being one of Peckinpah’s best and most impressive films, CROSS OF IRON has achieved cult-classic status despite its failure at the box office in 1977. The story is about a squad of German soldiers on the Eastern Front during World War II – led by battle-hardened Sergeant Rolf Steiner (James Coburn) – fighting to survive Soviet attacks and dogmatic commanders in a chaotic and lethal environment. It is a sympathetic portrayal of a side of war not commonly portrayed in Hollywood movies.

Not being able to work with his regular collaborator Jerry Fielding due to co-production conflicts (although some claim it was Fielding himself, tired of Peckinpah’s constant abuse, who decided to end his relationship with the director after THE KILLER ELITE), Peckinpah turned to Ernest Gold to compose the score. Gold immediately grasped the sardonic, bitterly ironic tone of the film. His brilliant “Main Titles” cue features a children’s choir singing the traditional song “Hänschen klein” (or “Little Johnny”) in alternation with a contrasting German march to show the absurdity of war. Gold also provides an operatic, dark background score and a dramatic, powerful “Steiner’s Theme,” for the James Coburn character.

This new CD release contains the same program previously released on LP by EMI in the UK. The album includes virtually all the music Gold recorded, with around 15 minutes more music than the film itself. Chris Malone mastered the audio from first-generation stereo album master tapes courtesy of Capitol Records, and the entire project was supported by help from the Ernest Gold Papers housed at Brigham Young University. The package includes a 16-page booklet with detailed liner notes by Jeff Bond.