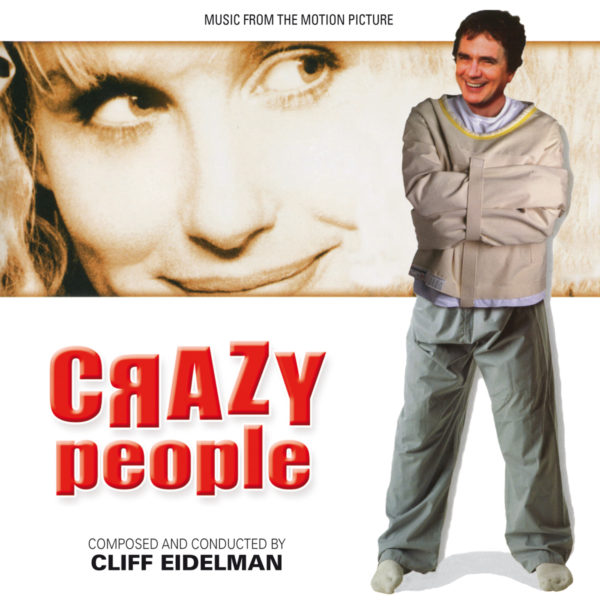 Emory Leeson (Moore) is an advertising executive who experiences a nervous breakdown. He designs a series of “truthful” advertisements, blunt and bawdy and of no use to his boss’ firm. One of his colleagues checks him into a psychiatric hospital. Emory goes into group therapy where he meets other patients, such as the lovely and vulnerable Kathy Burgess (Hannah).

By mistake, Emory’s advertisements get printed and turn out to be a tremendous success. They include campaigns like: “Jaguar—for men who’d like hand-jobs from beautiful women they hardly know,” and “Volvo—they’re boxy but they’re good.” Emory is approached in the sanitarium about creating new ads. He insists that his fellow mental patients also be involved and suitably rewarded for their work, transforming the sanitarium into a branch of the advertising industry.

This was one of the first movies scored by the great Cliff Eidelman (Triumph of the Spirit, Star Trek VI: The Undiscovered Country, Magdalene, Christopher Columbus: The Discovery), who provided a highly addictive score for full orchestra: descriptive, romantic, funny… with winks to George Gershwin. Twenty-three years after its recording, it deserves to be released!

The album contains the complete original score plus several alternate bonus tracks—all sourced from the original session DATs stored in the Paramount vaults. The package includes a 20-page full color booklet beautifully illustrated with film stills and several “crazy advertisements” from the movie. Daniel Schweiger provides his usual thorough liner notes—including an interview with the composer. So be warned: Crazy People are coming!