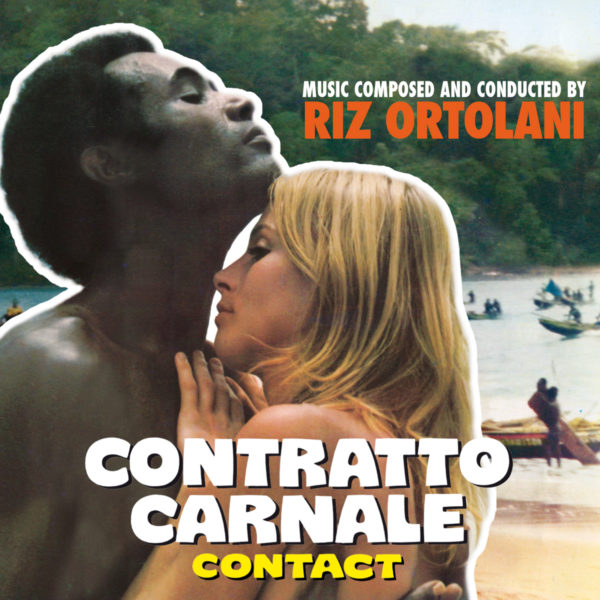 Contratto carnale (The African Deal) was not the first time composer Riz Ortolani took a trip to the African continent, but this time he was underscoring a scandalous romance. Filmed in Ghana during the early 1970s, the film tells the story of corrupt businessmen visiting Africa in order to strike a shady deal with representatives of a powerful local magnate. The negotiations take an unexpected turn when the tag-along girlfriend begins an interracial affair with one of the Africans.

Following his work on several mondo films (notably Africa Addio), Riz Ortolani was certainly no stranger to the Black Continent, but his work on this film doesn’t aim to capitalize on those earlier efforts. The score for Contratto carnale is essentially monothematic, with a romantic theme binding together the forbidden interracial romance with only a hint of African flavor in the sound. Thanks to its breezy pop influences, the score is not only a good accompaniment, but also a cool listening experience on its own.

Previously represented only on a 45 RPM disc released in 1973, Quartet Records gives Contratto carnale its premiere release, mastered by Claudio Fuiano. The eight-page booklet includes liner notes by Gergely Hubai that discuss the film and the score.

Note: This album has been mastered from the only surviving source: first-generation stereo master tapes of the recording sessions, courtesy of Gruppo Sugar. Most cues are in excellent and pristine sound, but some tracks have an inherent hiss. We have made every effort to improve the sound quality without distorting the music.