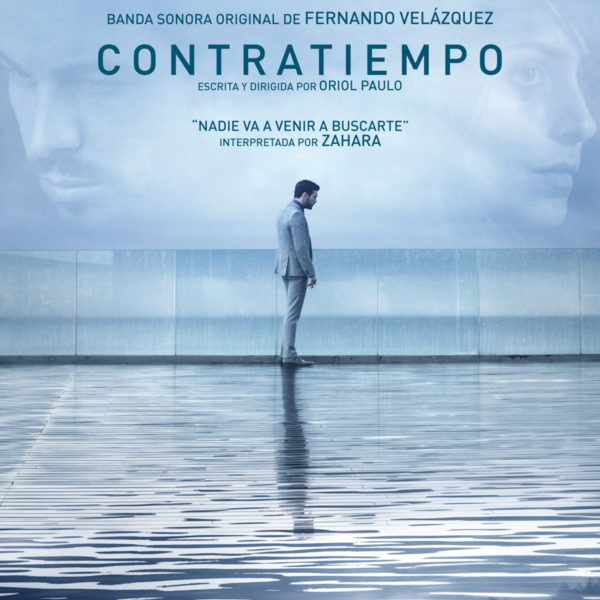 Contratiempo is about Adrián Doria (Casas), a young businessman who wakes up in a hotel room next to the corpse of his lover. Accused of murder, he decides to hire the services of Virginia Goodman, the best lawyer and trainer of witnesses in the country. In the course of a single night, lawyer and accused will work to find a reasonable doubt that will free him from jail.

Fernando Velázquez’s score is intense, atmospheric, exciting, vibrant, romantic and dark – an orchestral tour-de-force (with added electronic textures) performed by the Euskadi Symphony Orchestra under the baton of the composer.

The album also includes the original song “Nadie va a venir a buscarte,” composed by Velázquez and performed by Zahara.