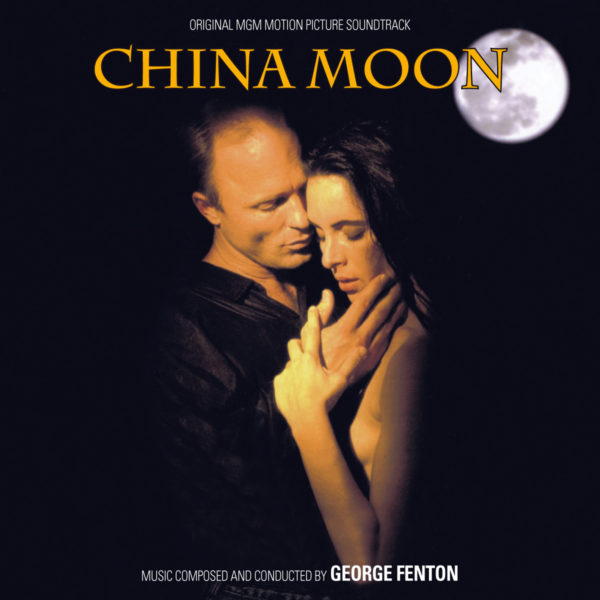 China Moon was the second directorial feature from John Bailey after the eccentric The Search for Signs of Inteligent Life in the Universe in 1990, a veteran cinematographer whose impressive pedigree in that capacity included Lawrence Kasdan’s Silverado, Paul Schrader’s Cat Women, Neil Simon’s Brighton Beach Memoirs, and Robert Redford’s Ordinary People. Bailey had been the director of photography on Groundhog Day; Fenton’s score for that fantasy-comedy evidently impressed him, as he brought the composer on board to create China Moon’s elegant and mysterious score.

George Fenton’s intese score is in the same sultry jazz mode as John Barry’s music for Body Heat, although neither of them score resembles the other outside of their predominent noir-ish sensibility. Fenton favors a bluesy trumpet over electric piano and light drums for his main theme, with a sparkling percussion ringing that glints like refracted moonlight across the score’s shadowy soundscape.

The film was released in 1994, three years after shot, due to distribution problems in which was the last film of Orion Pictures. The passing through billboards was short-lived, and this resulted in superb Fenton’s score remain in the limbo until today.

This album has been assembled and mastered using the original digital masters, courtesy of MGM, and the composer’s own tapes, all in a pristine stereo sound. The package includes 16-page full color booklet with liner notes and track-by-track analysis by Randall D. Larson.