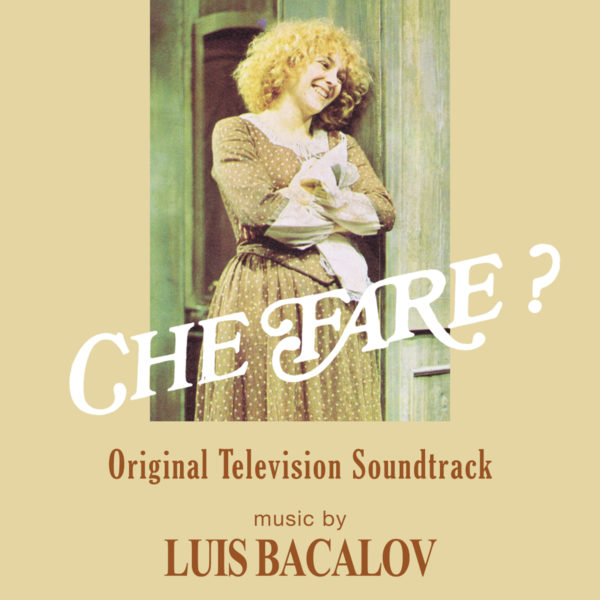 Directed by Gianni Serra, Che fare? is a five-part Italian mini-series based on the influential utopistic novel by Russian author Nikolay Chernyshevsky. Listed as one of Lenin’s own personal favorites, “What Is to Be Done?” told the story of Vera Pavlovna, an enlightened woman who sets out to marry an unlikely suitor just to realize that happiness can be found with another man as well… In the meantime she sets up her own business and associates herself with a number of weird characters, all preserved in the television adaptation as well.

The score by Bacalov is one of the composers few entries in the medium of television. Characterized by an immensely catchy theme tune (often performed by a small choir as well), the music of Che fare? is as spunky and loveable as the main heroine. Covering Vera’s whole life from her early missteps to her establishment of her business, the main program of this CD presents many wonderful variations on her theme, not to mention the three of four secondary melodies with a few alternate takes of their own.

Quartet Records is proud to present the complete, premiere release of this long-forgotten masterpiece by Luis Bacalov. Only the first two tracks have been previously issued on a very rare 45 RPM single, released by General Music. This CD premiere, mastered by Claudio Fuiano from the original stereo session tapes contains all the music available from the five episodes. The liner notes in the 8-page booklet by Gergely Hubai will guide you through the program and get you familiarized with a score that should be much better known in the first place!