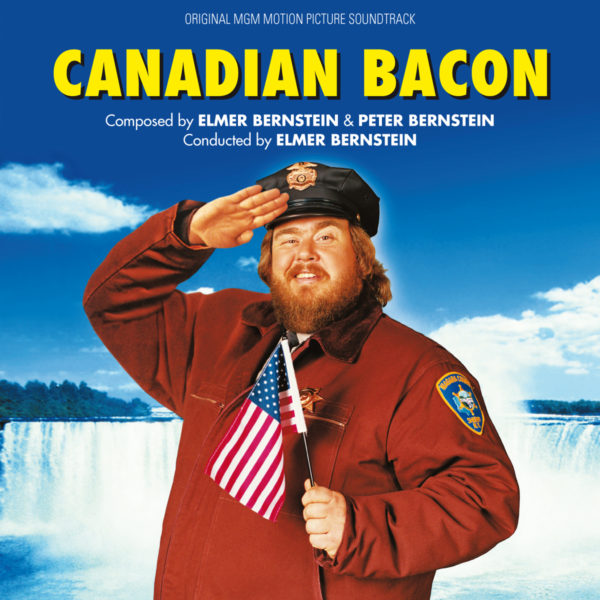 Moore chose Elmer Bernstein because he wanted the same musical treatment for his film that Bernstein had given to some favorite ’80s comedies (Stripes, Ghostbusters, Trading Places, Meatballs): a serious score that would contrast with the comic intent of the film. Although by the mid-nineties Bernstein was tired of scoring comedies, he agreed to compose the score for Canadian Bacon –in collaboration with his son Peter– because he liked Moore’s ideas.

The Bernsteins provided a bombastic, militaristic score, full of leitmotivs, hymns and lots of action music. Canadian Bacon is one of Elmer Bernstein’s great achievements of the ’90s, sadly forgotten due to the failure of the film at the box office. It is music deserving of rediscovery.

The music, conducted by Elmer Bernstein, was recorded at Angel Studios in London. The package includes a 12-page full color booklet with liner notes by Randall D. Larson. A treat for all Bernstein fans!