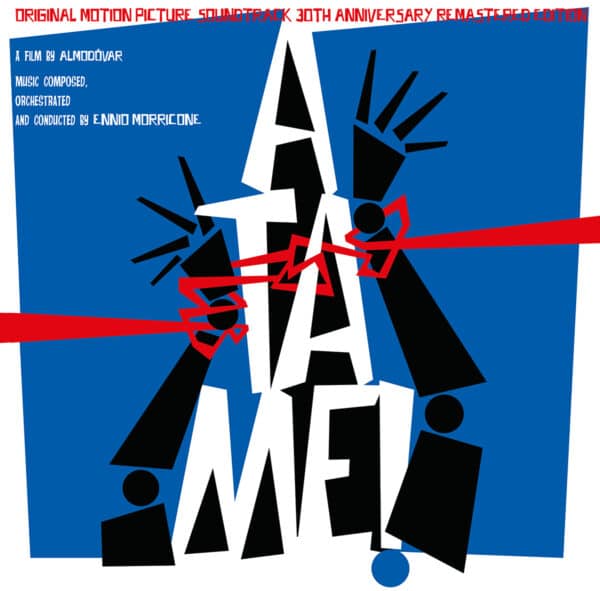 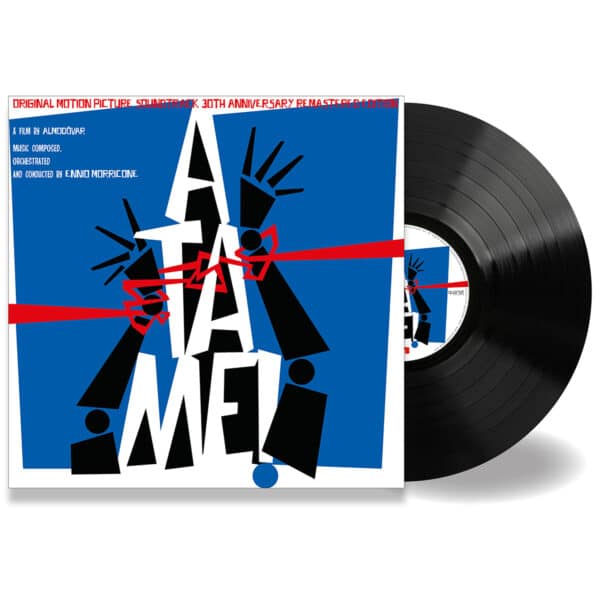 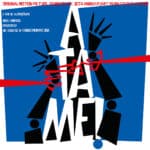 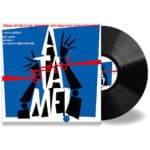 Quartet Records, Universal Music Publishing Italia and El Deseo present a limited remastered LP reissue of the Ennio Morricone score for Pedro Almodóvar’s iconic film ÁTAME! (aka TIE ME UP! TIE ME DOWN!) to celebrate its 30th anniversary, presented in a limited 180-gm, black-vinyl edition.

Although the director’s previous films had original music by Bernardo Bonezzi, disagreements during the final process of MUJERES AL BORDE DE UN ATAQUE DE NERVIOS had ruptured their collaboration. Almodóvar decided to hire Ennio Morricone (who had just had several consecutive triumphs with the music of THE MISSION, THE UNTOUCHABLES, FRANTIC and CINEMA PARADISO) to compose the score of his new film. Morricone wrote for ATAME! a radiantly melancholic, lovely score that recalls some of his most elaborate compositions for romantic dramas in the late sixties–early seventies.

We have also included as a bonus track the song “Resistiré” by Dúo Dinámico, which plays a key role in the film. Specially remastered for vinyl by Chris Malone.