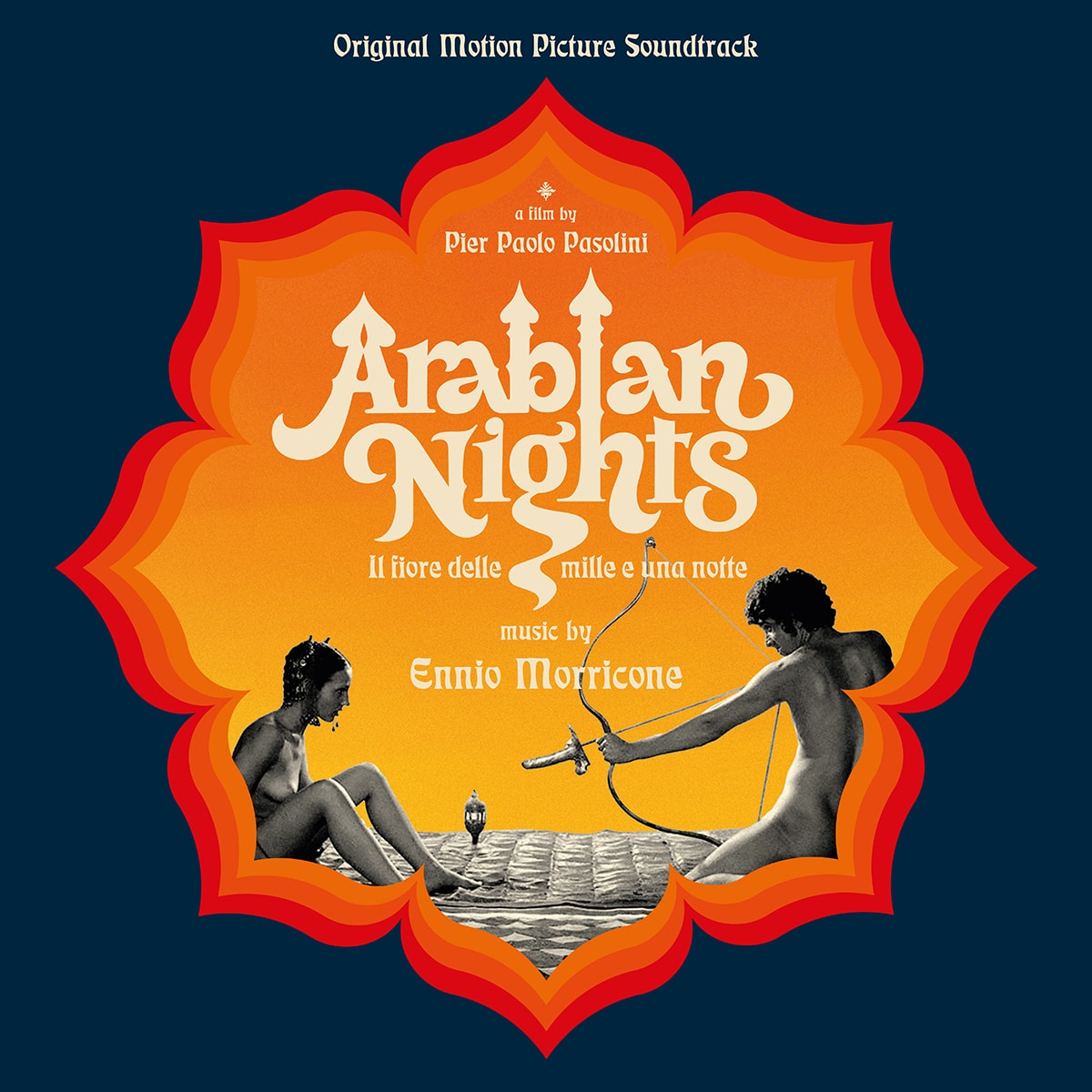 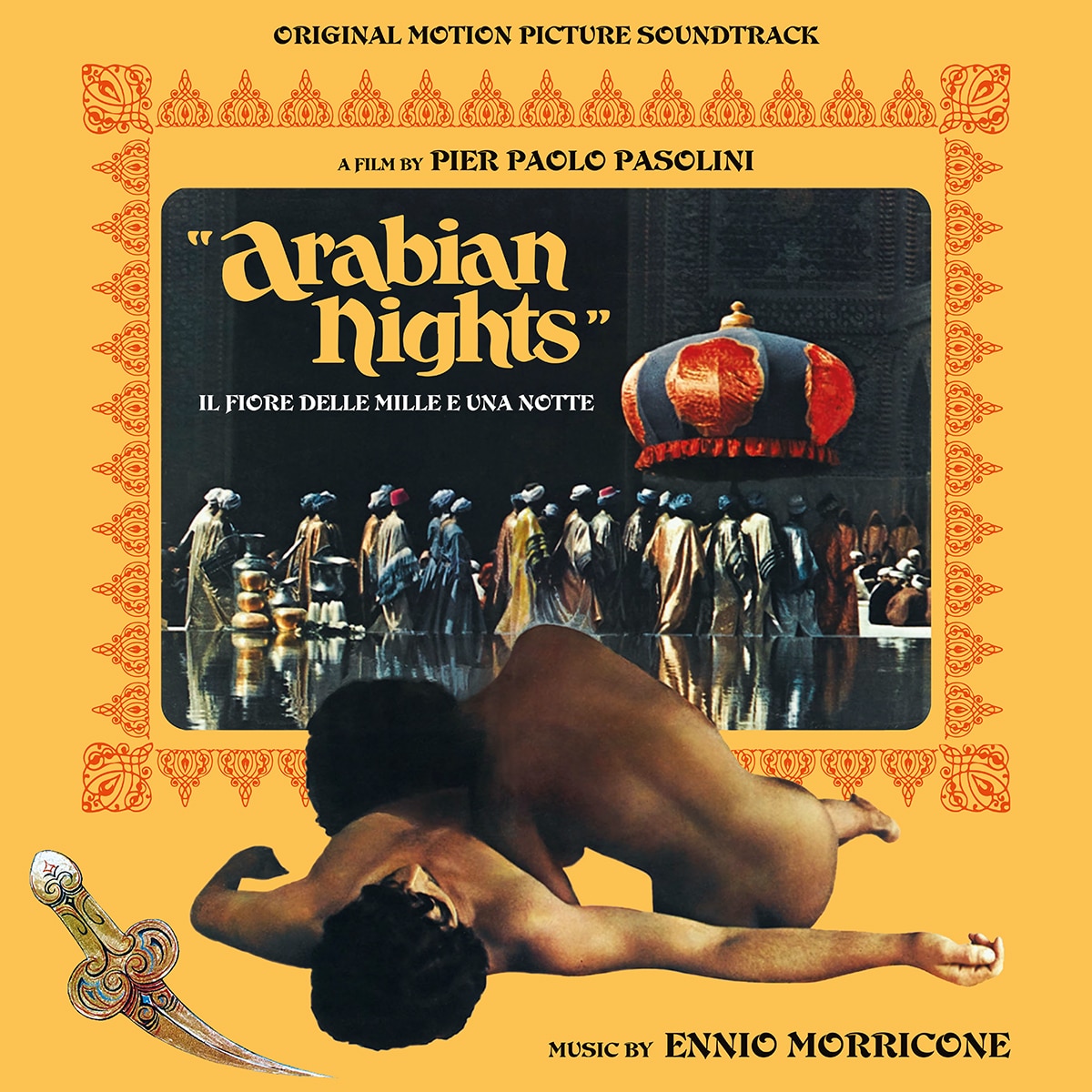 Ennio Morricone had a long working relationship with Pasolini after composing the original scores for UCCELACCI E UCCELLINI and TEOREMA, but served only as a musical advisor on the previous episodes of the trilogy. Here he’s back in full swing, writing the longest score for any of his Pasolini pictures. Featuring variations on two beautiful romantic themes as well as diabolic organ music for the episode of the djinn, Morricone’s colorful orchestral tapestry is a true exotic delight.

This new Quartet releases contains the same material as the previous GDM edition from 2003 that is now long out of print. Supervised by Claudio Fuiano, Chris Malone has remastered the audio for this edition, while the package features an 8-page booklet with luxurious artwork designed by Luca Barcellona and liner notes by Gergely Hubai discussing both film and score.