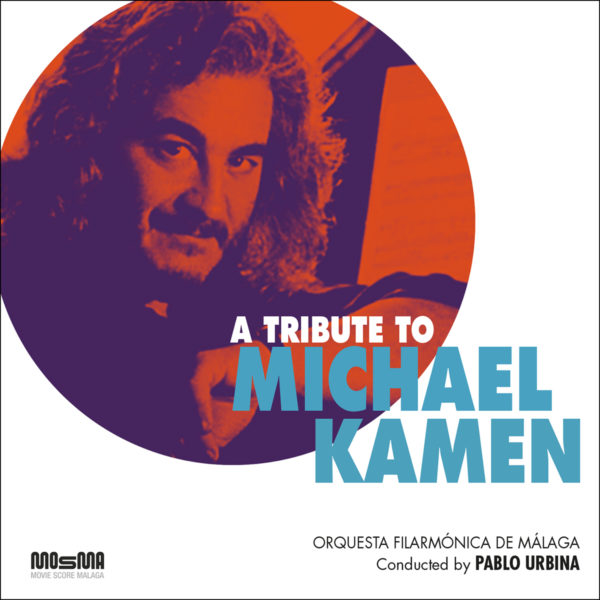 A Tribute to Michael Kamen

Quartet Records presents its first collaboration with the Málaga Film Music Festival (MOSMA) with the release of this live concert dedicated to Michael Kamen, recorded in Málaga in June 2016.

Michael Kamen was one of the most well-known and beloved composers within the film industry for more than three decades. He worked on such successful blockbusters as Die Hard, X-Men, Lethal Weapon, Robin Hood: Prince of Thieves, The Three Musketeers and the James Bond film Licence to Kill. He collaborated with such directors as Francis Ford Coppola, David Cronenberg, Stephen Herek, John McTiernan, Brad Bird, Tony Scott, Peter Yates and Terry Gilliam. In other music fields, Michael Kamen worked with pop and rock legends such as Eric Clapton, Sting, Rod Stewart, Freddy Mercury, Bryan Adams, Eurythmics and Metallica.

This concert tribute, produced by the composer’s family with the assistance of his widow, Mrs. Sandra Kamen, and performed by the Málaga Philhamonic Orchestra under the baton of Pablo Urbina, was presented as part of the first MOSMA. It encompasses some of his best-known works, from the world premiere of The Adventures of Baron Munchausen suite to Robin Hood: Prince of Thieves; from the vibrant Highlanders to his most energic action scores (Die Hard, Lethal Weapon), as well as some of his most beautiful melodies (Don Juan de Marco, Band of Brothers).

Brilliantly performed and energetically conducted, this CD was recorded live during the concert. It has been restored and mastered by Chris Malone, bringing the great experience of celebrating Kamen’s music on that special evening back to life. The CD also includes the “MOSMA Fanfare” composed and conducted by Arturo Díez Boscovich especially for the Festival.