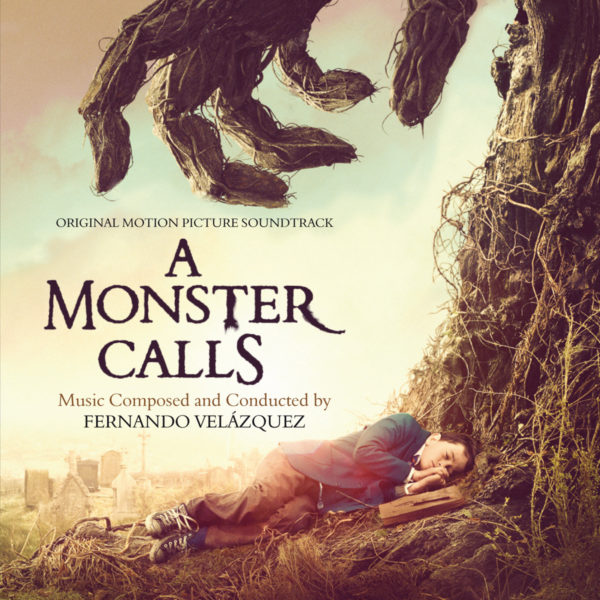 Quartet Records, Back Lot Music, Universal Pictures and Focus Features present the soundtrack album of the eagerly anticipated new collaboration between director J.A. Bayona and composer Fernando Velázquez, after their two previous collaborative triumphs: The Orphanage and The Impossible.

Bayona directs this fantastic drama based on the bestselling and acclaimed book A Monster Calls, written by Patrick Ness (who also wrote the script for the film). Felicity Jones (The Theory of Everything), Liam Neeson (Schindler’s List), Sigourney Weaver (Aliens), Toby Kebbel (Fantastic Four), Geraldine Chaplin (Doctor Zhivago) and young Lewis MacDougall (Pan: Journey to Neverland) star in this moving story about a boy seeking the help of a tree monster to cope with his mom’s terminal illness.

Fernando Velazquez’s masterfully written score focuses on the character of young Connor, his fears, doubts and feelings. The music encompasses tenderness, sadness and nostalgia, with dramatic passages and soaring climaxes, including powerful percussive passages—masterfully orchestrated and full of delicate nuances. The composer conducts the prestigious Basque Symphony Orchestra and the Orfeón Donostiarra choir.

The album features an original song composed by the famous British group Keane, the only English band other than Radiohead, Oasis and The Beatles to have two LPs on the Q magazine list of the 100 best British albums of all time.