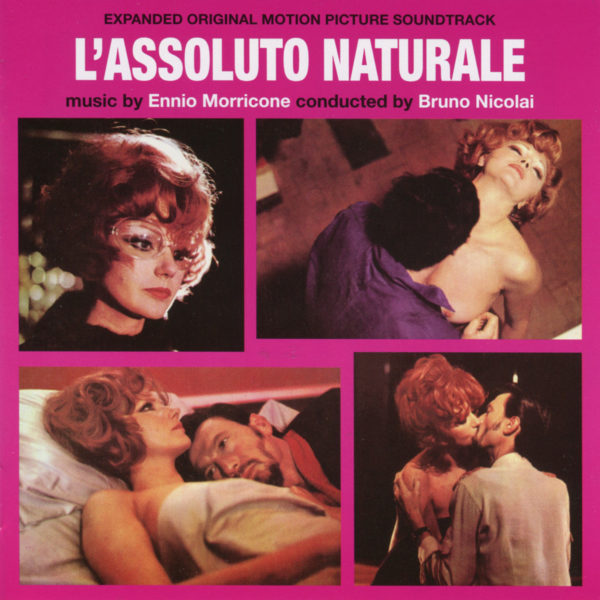 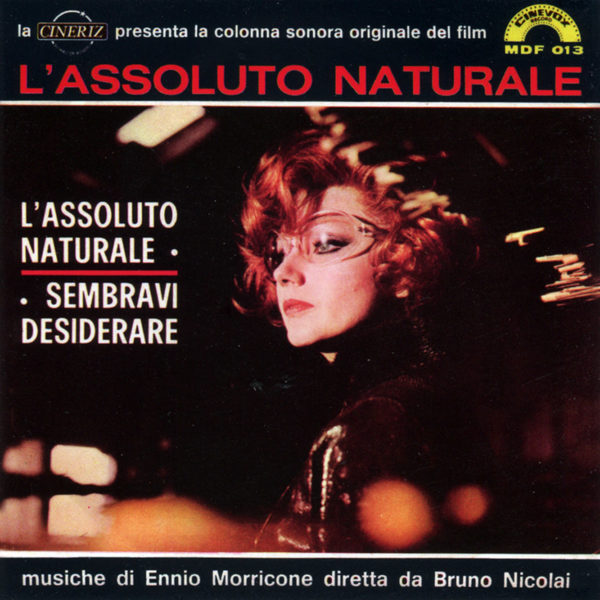 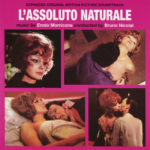 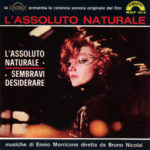 One of the most memorable scores by Ennio Morricone in the late sixties is back in its definitive edition!

Although best known for his collaborations with other directors (Sergio Leone, Pier Paolo Pasolini, Giuseppe Tornatore, Brian de Palma), the name of Ennio Morricone was asociated with Mauro Bolognini in a total of fifteen films over more than three decades, including some of his most famous and melodic works (Metello, L’Eredita Ferramonti, La Villa Dei Venerdi, Fatti di Gente Perbene, etc).

L’Assoluto Naturale is one of his most celebrated collaborations, with a main theme that became immediately an absolute classic. The album was released on LP by Cinevox in 1969, and reissued on CD several times in Italy and Japan. We are very proud to release the score in complete form for the first time, with a very improved sound mastered by Claudio Fuiano and Dániel Winkler from the first generation master tapes, courtesy of Cinevox.