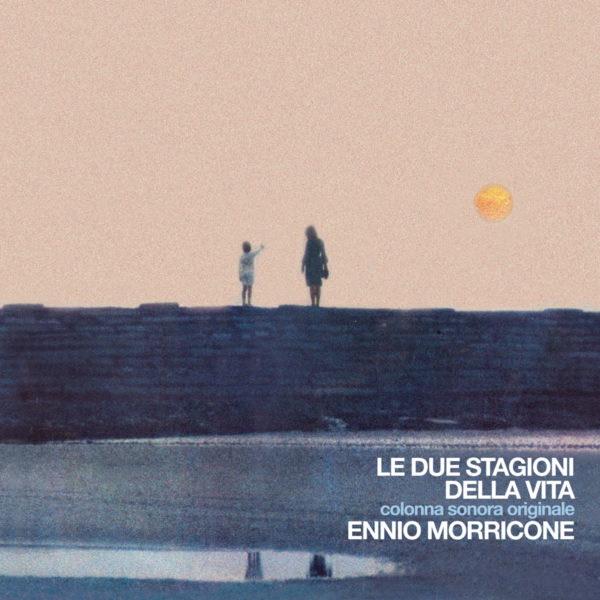 Quartet Records and GDM present the long-awaited remastered reissue of one the most radiant and beautiful Ennio Morricone scores.

Co-written by Samy Pavel and Catherine Alcover (both of whom also appear in the film), Le due stagione della vita is about two stages in the life of a man. The first stage of the narrative explores his boyhood as he learns from his father that his biological mother is still alive. Following the passing of his father, our hero sets out to start his own life. The second stage of the story continues with the protagonist’s adult life as he tries to make ends meet as a musician. Whereas the boy is played by Stéphane Gass, the grown man is played by the film’s director, Samy Pavel.

What makes Le due stagione della vita so interesting is that composer Ennio Morricone took a cue from the film’s dual structure by creating two long suites for both sides of the original LP (a brief choral piece entitled “Passaggio” was used as a transition). Side A of the record featured the romantic material associated with the protagonist’s upbringing, including the viola solo of Dino Asciolla and of course Edda dell’Orso as the matriarch’s calling voice. Side B on the other hand featured atonal music involving two choirs: I Cantori Moderni di Alessandroni and Voci Bianche, as well as other talented musicians letting all hell loose.

The original LP had only the two suites and the brief connecting piece. The same program made its first appearance on CD in the early nineties on Point Records. A later CD, released by Saimel, expanded the program with the film versions and a few previously unreleased alternates, including source music. This new Quartet Records CD adds yet another unused version of the main theme. Mastered by Claudio Fuiano from first-generation master tapes vaulted at EMI General Music in Italy. The 8-page liner notes by Gergely Hubai discuss the film, the composer and the score.